An appeal for information has been issued in relation to the murder of a man in the village of Clogherhead, Co Louth, yesterday afternoon.

Gardaí say at least two people and two cars were involved in the murder of 29-year-old Keith Brannigan, who was shot dead at the Ashling Holiday Park.

His death is being linked to the ongoing feud between criminal gangs in Drogheda.

Mr Brannigan was outside a mobile home working on decking when he was shot up to five times. He was pronounced dead at the scene.

Senior investigating officer Supt Andrew Watters has described the attack as an "indiscriminate and callous" murder.

Gardaí issued an appeal in relation to two cars, a red Lexus (05-C-24473) and a black Toyota Avensis, which were involved in the incident.

Supt Watters stressed that this was not a drive-by shooting and he appealed for information on the movements of the cars.

Gardaí also want to speak to anyone who may have seen any unusual behaviour in Clogherhead up to two days before the murder.

Two cars parked outside a supermarket nearby were also hit by bullets and windows were shattered. Both cars were unoccupied at the time.

The gunman is believed to have escaped through the caravan park.

Gardaí believe the shooting is linked to the feud in Drogheda as Brannigan, who had previous convictions, was a close associate of the leader of one of the gangs.

He is the first to die in this dispute, which has seen numerous shootings, pipe bomb and petrol bomb attacks.

Supt Watters said he wanted to reassure people in Drogheda and in Co Louth that everything possible was being done to deal with the criminal gangs involved in the feud.

He said an operation was under way to deal with the gangs, which has resulted in significant detections, arrests and prosecutions and people are still before the courts.

He said he had received additional resources and had the support of the armed support and the national units and that every effort was being made to protect the public.

Supt Watters would not confirm if a garda patrol car came across one of the getaway cars but lost it. He said he would be concerned about any escalation in criminality, but insisted he had the necessary resources. 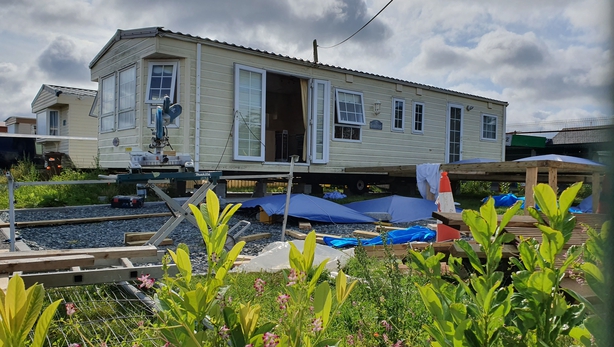 Keith Brannigan worked in construction and it is understood he was spotted working at the holiday park in recent days.

He was originally from Ballsgrove in Drogheda and had been recently married.

He was known to gardaí and had convictions for assault, burglary and criminal damage and served two years in prison for violent assault.

The feud over drugs and the control of drugs in Drogheda between two families - a Traveller family and a criminal family - is ongoing since last July.

There have been between 70 and 80 incidents in the last 13 months; yesterday's murder, three attempted murders, petrol and pipe bomb attacks.

Gardaí fear that reprisal attacks will come and there will be an escalation in violence once again.