The leaders of the main political groups in the European Parliament will meet this morning to assess the results of the elections across the EU with a view to nominating the new European Commission president.

Leaders will also be hoping to piece together the policy priorities of the next five years.

With votes still being counted there were some important victories for far right and eurosceptic parties.

However with a strong showing by Greens and centrist parties means that pro EU groups within the parliament will maintain a comfortable majority.

Turnout was over 50%, the first time since direct elections to the parliament that turnout has increased.

Europe's mainstream political parties took a hit in elections on Sunday but held off a strong surge by the populist right of Marine Le Pen, Matteo Salvini and Nigel Farage.

In the UK, Nigel Farage's Brexit Party was the big winner with second place going to the anti-Brexit Liberal Democrats.  The big losers of the night - the two main political parties with the Conservatives in fifth place on less than 10% of the vote and Labour in third with just over 14% of the vote. 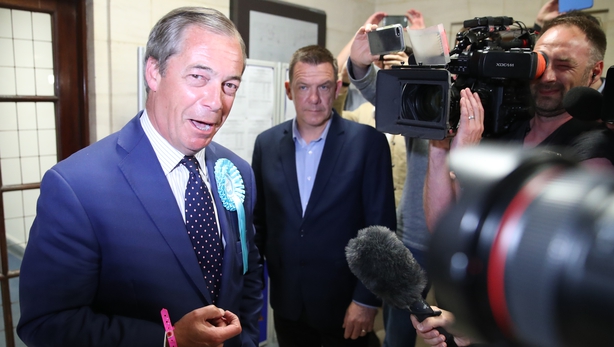 In one of the world's biggest democratic votes, the main centre-right and centre-left groups lost their combined majority in the European Parliament in the face of a challenge by eurosceptic and nationalist forces. 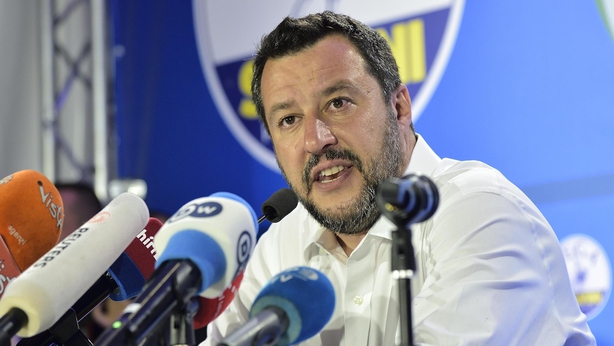 And in Italy, Mr Salvini's far-right League achieved a similar result, strengthening its role at the core of a vocal populist faction in the EU's legislature.

The advance of the right was less pronounced in Germany - where a strong showing by the Greens was reflected in a "green wave" in many countries - but the anti-immigrant AfD broke the 10% barrier.

Across Europe, according to updated projections prepared by the parliament, the EPP is on course to have the most seats in the assembly with 179, down sharply from 216 in 2014.

With the centre-left Socialists and Democrats (S&D) projected to win 150, down from 185, the two mainstream parties will no longer have a majority and will have to reach out to liberals to maintain a "cordon sanitaire" and exclude the far-right from decision making.

The Liberals (ALDE), who include Mr Macron's party, are on course for 107 seats against 69 previously while the Greens are forecast to take 70 seats, up from 52.

The various populist, eurosceptic and right-wing parties won more than 150 seats, but form no coherent coalition.

The Europe of Nations and Freedom - composed mainly of the French National Rally and Mr Salvini's League - saw their share rise from 37 to 58 seats.

Mr Salvini tweeted a photo of himself with a sign saying "top party in Italy" while standing in front of a bookshelf featuring a Make America Great Again baseball cap and a picture of Vladimir Putin.

The Europe for Freedom and Direct Democracy - which includes Britain's Brexit Party - went from 42 seats to 56.

"It looks like it's going to be a big win for the Brexit Party," Mr Farage said, after an election held against a backdrop of disarray including the resignation of Prime Minister Theresa May and the postponement of Britain's EU exit.