The Irish Farmers Association has accused dog owners who allow their pets to roam without restriction of acting in a grossly irresponsible, reckless and selfish manner.

The IFA said that marauding dogs are a nationwide problem for sheep farmers, with up to 4,000 sheep injured and killed annually in dog attacks.

It wants the Government to re-run a television ad campaign about responsible dog ownership from the 1980's.

Speaking in the Cooley Mountains to coincide with the beginning of the lambing season, IFA National Sheep Chairman Sean Dennehy accused dog owners who allow their pets to roam without restriction, of acting in a grossly irresponsible, reckless and selfish manner.

He said the family pet can turn into a marauding killer and cause savagery and mayhem on a defenceless sheep flock.

"People who take dogs as pets have to take on the responsibility that goes with that," he said.

He added: "If dog owners saw the destruction from an attack, they would have a very different mindset. Unfortunately, there are too many people who casually take on a family pet, particularly for Christmas, but they are not prepared to devote the time to responsible dog ownership."

"Marauding dogs are a nationwide problem for sheep farmers, but flock owners in the Cooley Peninsula have been under siege from dog attacks since the beginning of the year," he said.

"In this blackspot, over 50 sheep have been killed and many more injured since the beginning of the year.

"In 2018, there were 18 attacks reported to the Dog Warden Service in Co Louth. 31 dogs were seized in the Cooley region alone." 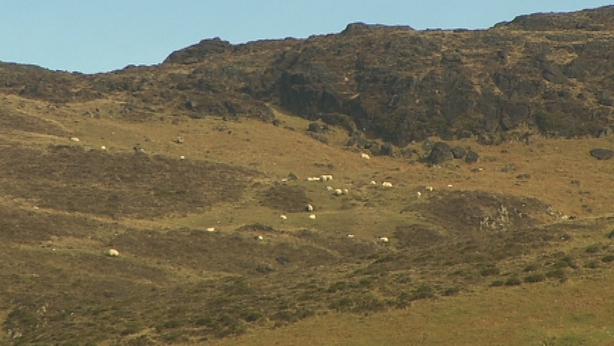 He added: "Dog owners can be held responsible for any losses from attacks on sheep, with serious financial and legal consequences. Farmers have a right to protect their sheep flock and can shoot a dog worrying, or about to worry, their flock."

Statistics gathered by the IFA indicate that the problem may account for 300-400 attacks each year, with 3,000 to 4,000 sheep injured or killed.

Data shows an average of 11 sheep killed or injured per attack.

Mr Dennehy also called on the Minister for Agriculture Michael Creed to re-run the TV ad campaign on responsible dog ownership from the 1980s.

He said the TV ad featuring Bonzo the dog was an excellent reminder about the dangers of letting pet dogs out at night and the serious damage they could do to a sheep flock.

The key message was "Keep your dog under control. Running free, he can be a killer".

He reminded all dog owners, including farmers, that it is a legal requirement that they microchip and register their dogs.

He said under the Animal Health and Welfare Act all dogs must be microchipped and registered on an authorised database since 31 March 2016.

The IFA has revised its protocol to help farmers who encounter a dog attack on their sheep flock.

The IFA protocol involves easy-to-follow guidelines, covering what a farmer should do following a dog attack or sheep kill.

"Based on the feedback IFA gets from farmers who have had to deal with a dog attack on their flock, one of the biggest problems is the lack of information on what they should do, who they should contact and where can they get help," he said.

The IFA protocol deals with these basic questions and also outlines important aspects of the law and how the dog warden service and the Garda can help.

It also sets out how to keep a full record of the attack, which can be used as evidence at a later stage.