Chair of the Public Accounts Committee Sean Fleming has said he is not satisfied that there is an overall Government control of spending on capital projects, and that he wants to make sure the Children’s Hospital overspend is not the "tip of the iceberg".

The Fianna Fáil TD was speaking following confirmation that the head of the Department of Public Expenditure and Reform, Robert Watt will appear before PAC next month.

Mr Fleming said one major state agency may be required to take control of the capital spending projects rather than it be shared among different departments.

He also said that it would be helpful to hear from BAM and that they would get a fair hearing if they decided to come before the Committee.

He said he believed the Government had missed the boat in terms of re-tendering and said as the PWC report will only look at one aspect of the project, therefore holding a hearing before that causes no problems.

Minister for Health Simon Harris yesterday indicated the Government will not re-tender for the hospital project. 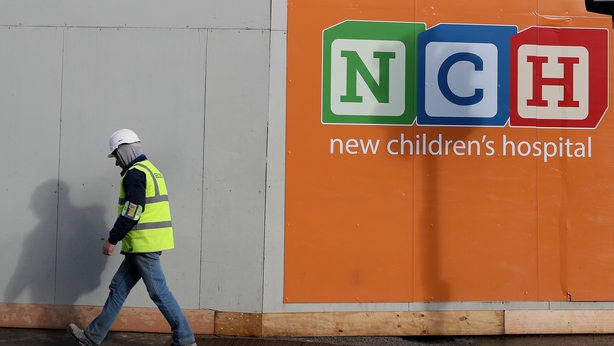 Minster for Culture Josepha Madigan said the Government intends to "proceed with determination" in building the National Children's Hospital.

She said if the PWC report suggests a way to reduce or recoup costs, the Government will need to looks at that evidence, but the outcome of that report could not be pre-empted.

Ms Madigan said she did not think the Taoiseach needed to apologise for remarks he made about low-balling and the exclusion of some contractors from state contracts because he did not mention any individuals.

Fianna Fáil deputy leader Dara Calleary has said that it is too early to say if the contract for the National Children's Hospital should be re-tendered.

"We can't say without the full knowledge that the Government have in terms of the costs. What the Government should do though is engage with BAM and the other companies involved in this about lowering the costs in as far as possible, while maintaining the integrity of the building."

He added: "That conversation should happen this week".

He said that Fine Gael and Mr Harris have handled the issue completely inappropriately.

He said: "They haven't shown any of the urgency that should have been shown last August when the first major escalations in cost were shown to them.

"But what we've got to do now is to actually take charge of this, to get value for the taxpayer on this and to deliver this hospital".

He also confirmed that Fianna Fáil will abstain on the no confidence motion in the Minister for Health next Wednesday. 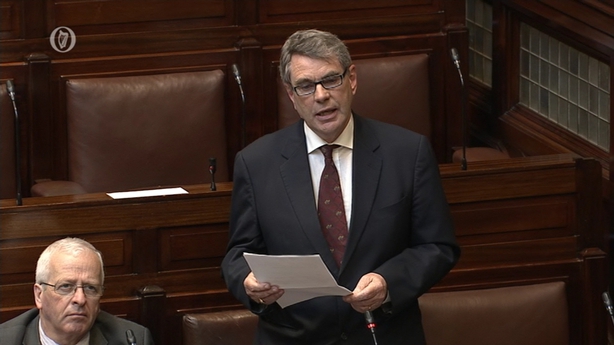 The Chair of the Health Committee Dr Michael Harty said the statement from BAM last week opened up the possibility of the project moving to another site, and that option should be explored if there is a re-tendering process.

But he said he believed that withdrawing from the current contract would be very expensive.

Speaking on RTÉ’s The Week in Politics, Dr Harty also said Mr Harris has not taken responsibility for the overspend at the hospital but he has not delivered on health reform.

He said however that he will abstain on the no confidence motion in the Dail next Wednesday.

She said a new minister for Health is needed to take over the Children’s Hospital as Mr Harris cannot do it.

She said costs are not spiraling out of control by accident but her party believes  the costs can still  be reined in.

She also criticised the minister’s dismissal of re-tendering the project, without seeing the figures.

Around a dozen protestors have gathered outside the home of Minister for the Environment Richard Bruton in north Dublin.

The Fingal Battalion Direct Action Group stood in silence and held banners in front of the Minister's house in Drumcondra. 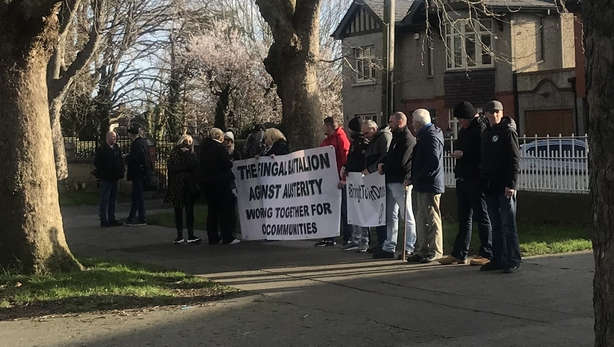 Last weekend the same group staged a protest at the home of the Minister for Health Simon Harris in Greystones, Co Wicklow.

A number of gardaí arrived on the scene and spoke briefly with some of the protestors.

In a video on social media a spokesman for the group expressed their objection to a carbon tax saying they had "had enough of this failed free state".