Northern Ireland businesses purchased £11 billion of goods from Britain compared to £2 billion from the Republic of Ireland and £4.1 billion from the rest of the world in 2016, according to figures supplied by the UK government to the European Commission, and seen by RTÉ News.

The report on trade volumes between Northern Ireland and Britain was requested by the EU’s chief negotiator Michel Barnier as part of the ongoing negotiations over the backstop to avoid a hard land border on the island of Ireland.

Mr Barnier requested the figures as part of his move to, as he put it, "de-dramatise" the Irish backstop.

While the figures provide a picture of the value and volumes of trade between Britain and Northern Ireland, they are likely to be subject to contrasting interpretation by both sides.

UK sources say the figures vindicate London’s position that the backstop, if not extended UK-wide, would place an intolerable burden on traders from Northern Ireland sourcing goods from Britain, as these would be subject to customs and regulatory checks and controls.

EU sources say that the figures will help differentiate between which kinds of products will require onerous checks and which will require much lighter controls. 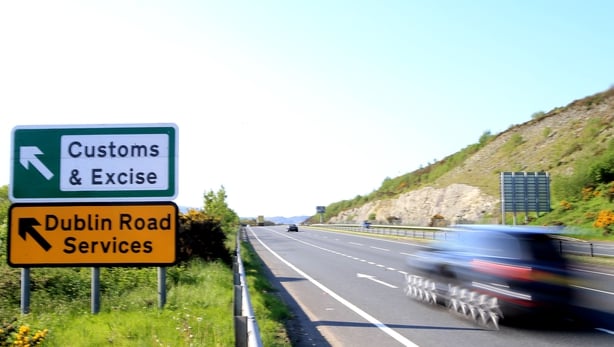 They add that in terms of infrastructure, the overall burden on smaller traders, and the risk to the peace process and the all-island economy, the impact of Brexit on the land border would be much more punitive than the impact on the sea border, in a scenario where the backstop comes into play.

The issue of how many goods from Britain destined for Northern Ireland actually pass through Dublin is also disputed.

That may be a significant issue, because post-Brexit goods transiting via the Republic to Northern Ireland will have to undergo checks at Dublin Port in any event.

The trade figures show that 22% of small Northern Irish firms and 57% of larger companies purchased goods from Britain.

Some 70%, or £7.7 billion in goods were sourced from Britain by local high street businesses in Northern Ireland, compared to £3.3 billion, or 30%, worth of goods which were sourced by non-high street firms.

The report suggests that most of the movement of goods to and from Britain which involves a Northern Ireland business is through a Northern Irish air or sea port.

However, in a Brexit scenario both the EU and Dublin assume that London would not impose checks on traders sending goods from Northern Ireland to the rest of the UK.

Post-Brexit, goods moving from Britain to Northern Ireland through Dublin will undergo checks in Dublin in any case.

The report states that 39 million tonnes of freight crossed the Irish Sea either to and from Northern Ireland and Britain, or to and from Britain and the Irish Republic, in 2016.

The majority, 53%, was freight moving to and from the Republic and Britain, and vice versa, compared to 47%, moving between Northern Ireland and Britain.

While there is a considerably higher value in the level of goods going from Northern Ireland to the UK, if that value is produced by a relative small number of companies, then the net effect may be less onerous in terms of checks overall.

The same would be true for the kind of sector involved. 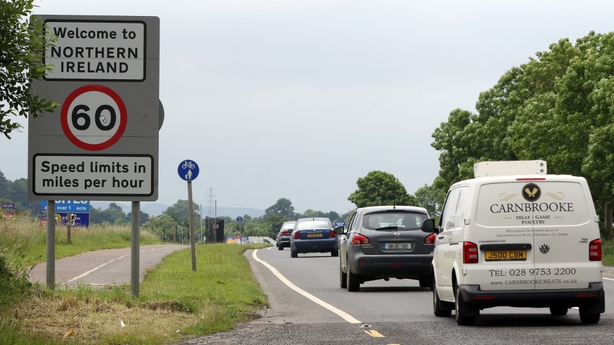 If, for example, large and valuable wing parts were being sent from Britain to the aviation giant Bombardier, that would be seen as representing a significant part of the value of UK-NI trade, but would represent a small burden on a global company such as Bombardier.

However, say EU sources, the net impact on hundreds of small and medium sized businesses which are part of elaborate supply chains along the border, the equivalent checks and controls would be much more onerous.

Other EU officials have confirmed that Michel Barnier’s Task Force will now attempt to use the trade figures to intensify efforts to explore ways of making checks and controls less intrusive, with the emphasis shifting to British ports.

"This all fits into the attempt by the Commission to de-dramatise the Irish protocol issue, in order to point out that the change in respect to the current situation [regarding the backstop] is not as dramatic as being shown in Westminster," says a senior diplomat from one EU member state.

At a briefing of EU ambassadors last week, Sabine Weyand, Michel Barnier’s deputy, indicated that a large volume of industrial goods moving between Britain and Northern Ireland, could be expedited through technology and a trusted trader scheme.

"For industrial goods there is this well known [trusted trader] system where you don’t have to have checks at the border as such," says one member state official who was present, "where you can carry out checks at the place of destination by market surveillance authorities, where the risk is low.

"That means part of the goods which go directly from Britain to Northern Ireland probably won’t need to be checked until they get to their destination. The same goes for VAT."

Officials point out that live animals and products derived from live animals are already subject to checks on entry at Northern Irish ports.