Dublin Fire Brigade has said it is still working to dampen down forest fires in woods in the Dublin hills.

Fire Brigade crews have attended the affected areas repeatedly over the last few weeks to spray water and use shovels to beat down flames at several sites around the Barnaslingan/Lead Mines area near Kilternan.

But the heat has now got into the ground at the fire sites. Embers in the vegetation and the turf are reigniting the flames when fanned by breezes or winds.

A spokesperson told RTÉ News that it will take "three good days of rain" to cool off the ground and properly extinguish the fires. Until then, the fire brigade will continue to monitor the situation and is working with Coillte and other landowners.

The Department of Agriculture yesterday issued a red alert for forest fires and warned the public not to cause or light fires in and around forests or open land.

If a fire is spotted people are being asked to telephone Fire and Rescue Services via 112 and report the fire and its location immediately.

Dublin Fire Brigade has also asked people to park their vehicles responsibly to ensure that fire crews can access forests along what are often narrow roads in areas around woods.

Aerial photos of the gorse fire that is visible in the mountains courtesy of  @IrishAirCorps & Tadgh Weddick © pic.twitter.com/l4M4ZK3PTC

It comes as temperatures today are forecast to reach 30C in some parts of the country.

Met Éireann has issued a Status Yellow temperature warning that is due to remain in place until Friday evening.

Irish Water has also said that supply restrictions will become unavoidable in the Greater Dublin Area as demand levels for water continue to rise. 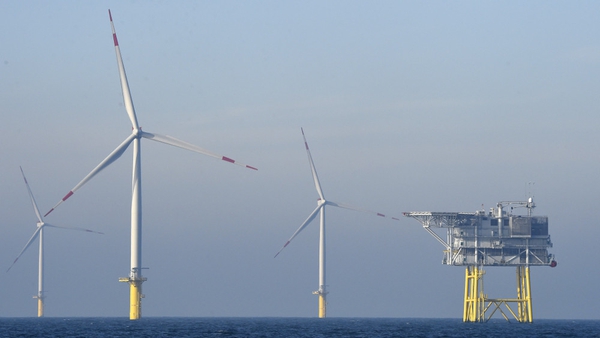