A report on energy efficiency has found that carbon emissions from Irish homes are almost 60% higher than the European average.

The report from the Sustainable Energy Authority of Ireland also found that after declining for a decade the typical amount of energy used in Irish homes is on the rise again.

The authority said "an awful lot" more needs to be done to improve our housing stock.

It said Irish homes are using 7% more energy than the European average, but they are responsible for 58% more carbon emissions.

Irish homes are among the biggest in Europe, with the fourth largest average floor area per dwelling.

One of the key reasons for the high carbon emissions is the fuel mix used in Ireland - using more coal, peat and oil than other countries, combined with the fact that Ireland has above-average energy consumption per dwelling.

The SEAI has said there is an urgent need to tackle these issues.

However, the authority has said Ireland needs to sharpen its focus on its existing housing stock, do more to reduce over-reliance on fossil fuels, and invest in energy improvements in homes for which significant grants are available. 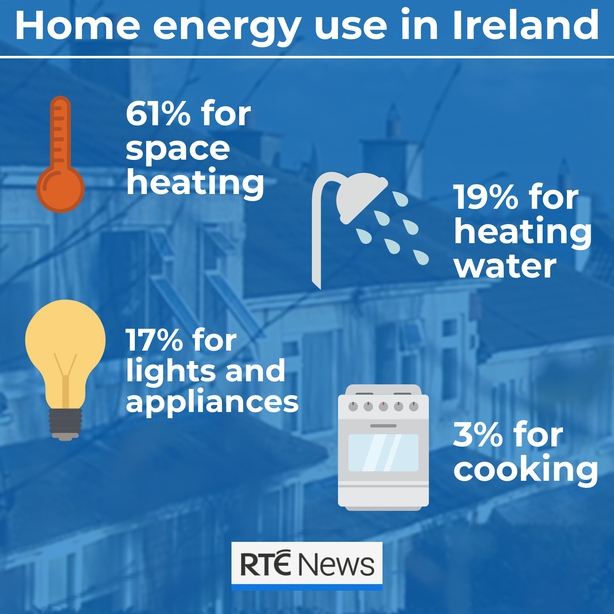 The figures also show that oil accounts for 47% of all the energy used for heating Irish homes.

The SEAI report also notes that the number of dwellings in Ireland is increasing.

However, Ireland’s population has increased by 25% during that period. The result is a decline in the average number of people per house here.

But despite that, the average floor space across all homes in Ireland has gone up by 15%. The average house in Ireland now has significantly more space per person than in the year 2000. All of that needs to be heated.

Ireland had 2.7 persons per dwelling in 2016, which is the second highest in Europe.

The SEAI points out that improved building regulations mean that almost all new dwellings are now built to an A-rating on the Building Energy Rating (BER) scale.

However, it said an awful lot more must be done to further improve the energy performance of Ireland's existing housing stock.

Jim Scheer, the Head of Energy Modelling at the SEAI, said that changes to the Government's residential grant schemes this year and the Deep Retrofit pilot scheme the authority now has in place are steps in the right direction.

He also said that the SEAI is actively exploring better ways of helping a homeowner become more aware of the opportunities to improve their homes and wellbeing, and to finance this type of activity.

The report, which is titled Energy in the Residential Sector, found in 2016 that 42% of all dwellings in Ireland were detached houses.

Ireland has the lowest proportion of people living in apartments of any European state at just 7%. The next nearest member state is the UK with 15%. 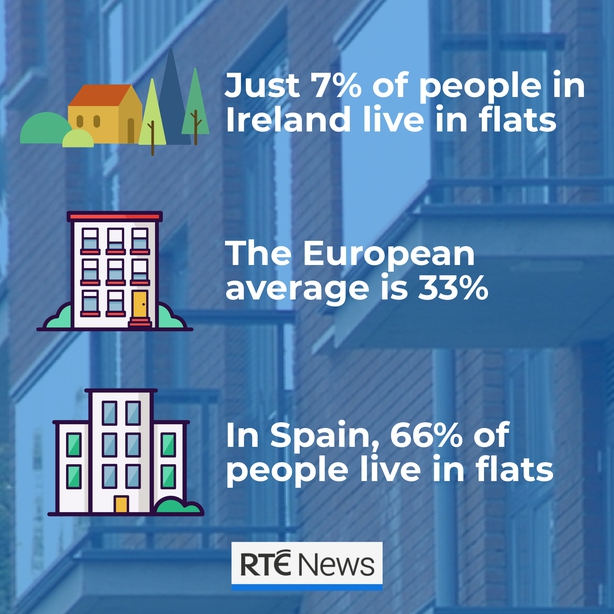 A dwelling built to the 2011 building regulations standards would require 90% less energy than the equivalent dwelling built in 1978 to deliver the same internal temperature, hot water usage and lighting throughout the year.

The report said 98% of dwellings constructed in 2016 in the BER database achieved an A rating.

In 2016, the amount of energy consumed by Irish households would have been equivalent to 2.7 million tonnes of oil.

The greenhouse gas emission of Irish households is equivalent to 9.7 million tonnes of carbon dioxide.

Carbon emissions from the household had fallen by 25% between 2006 and 2014 before the recent increase. 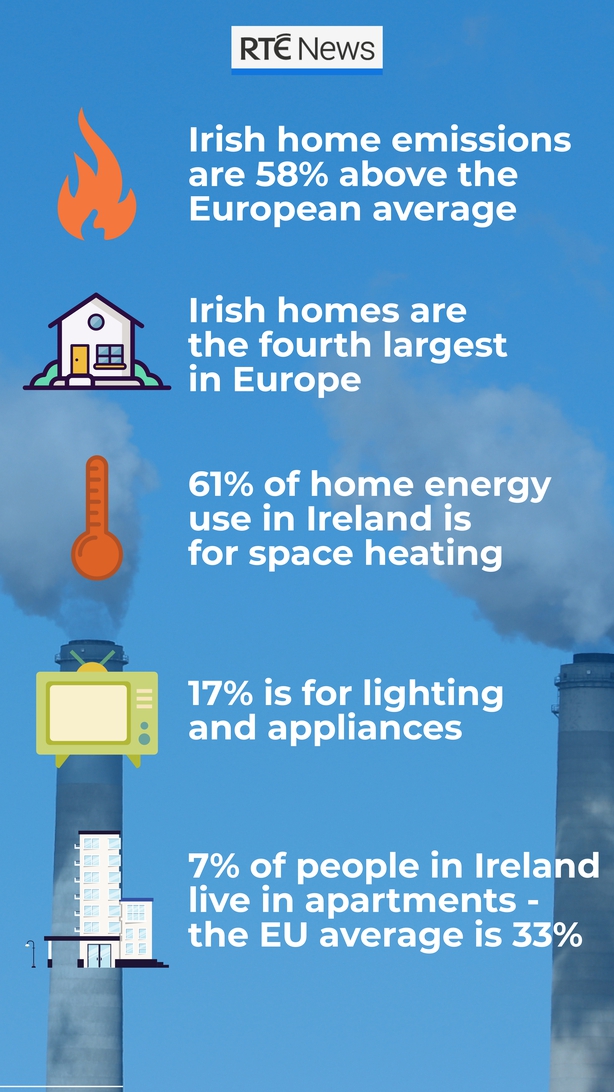 The SEAI believes that a fall in the price of oil, combined with an increase in disposable income, have led to higher energy consumption by households since 2014 and that is the reason for the trend reversal.

The energy consumed by Irish households in 2016 cost an estimated €3.4bn. That is an average of €2,000 per household per year.

Ireland had the highest carbon emissions per dwelling in the EU between 2000 and 2015 and then again in 2015.

Between 2005 and 2016, electricity use in households increased by 5% but the associated carbon dioxide emissions decreased by 20%.