A national service of remembrance has taken place at St Paul's Cathedral in London to mark six months to the day since the Grenfell Tower disaster.

The fire claimed the lives of 71 people as it spread through the West London tower block in June.

Hundreds of people who remain homeless since the blaze have been living in temporary accommodation. 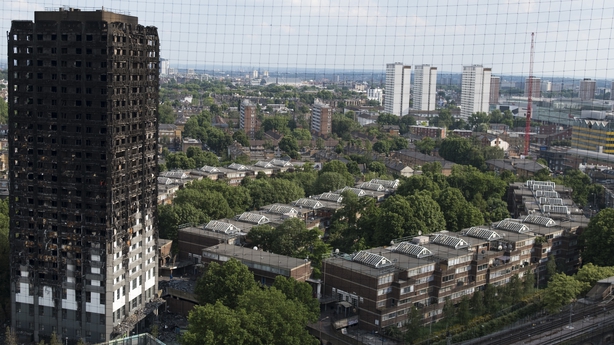 Bereaved families, survivors and members of the wider community, including volunteers and first responders were among those attending the service.

A Green For Grenfell banner adorned with a heart was carried in as a hymn was sung, before the Very Reverend Dr David Ison, Dean of St Paul's, welcomed the congregation.

He said: "Among us are survivors of the fire in Grenfell Tower exactly six months ago; those who have lost members of their families, or their friends; those who live or work in North Kensington as neighbours and members of the local community; those who served others as frontline responders or volunteers, or who assisted with the immediate tasks of coping with the losses of lives, homes and livelihoods; and there are representatives of our national life, because this is a nation that grieves at the unspeakable tragedy, loss and hurt of that June day". 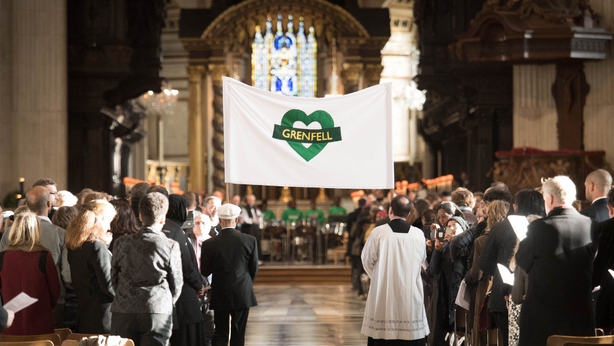 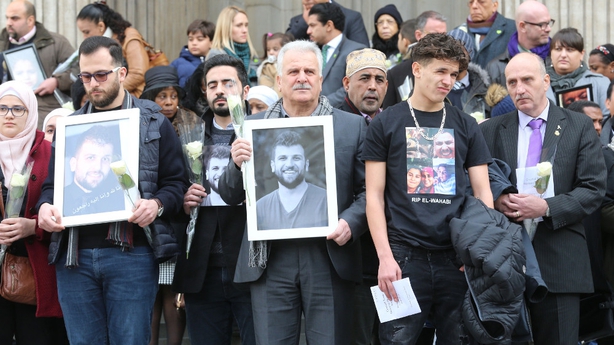 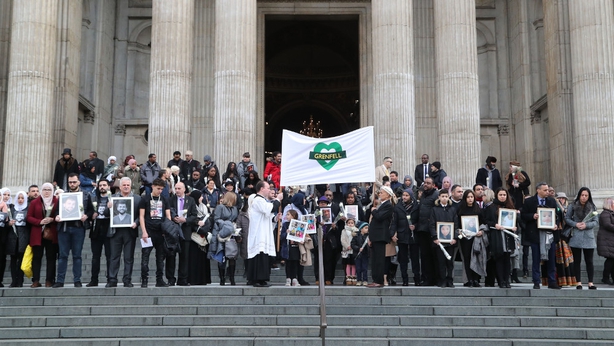 An audio montage of voices from the Grenfell area was played to the congregation.

A male voice said of the fire: "We were lost for words, we did not know what to do, how to react. I have never known anything like it in my life."

The Al-Sadiq and Al-Zahra Schools Girls' Choir then sang out the poignant words "Never lose hope".

The multi-faith service included messages of support for the bereaved, offering strength and hope for the future "for those of all faiths and none".

Mr Jafari, who had a heart condition, was pulled from the building by firefighters but died at the scene.

Commemorating the dead, the Dean said: "Let us remember, united in grief and hope and love", before the congregation held a minute's silence.

The Prince of Wales, Duchess of Cornwall, the Duke and Duchess of Cambridge and Prince Harry were also at the service. 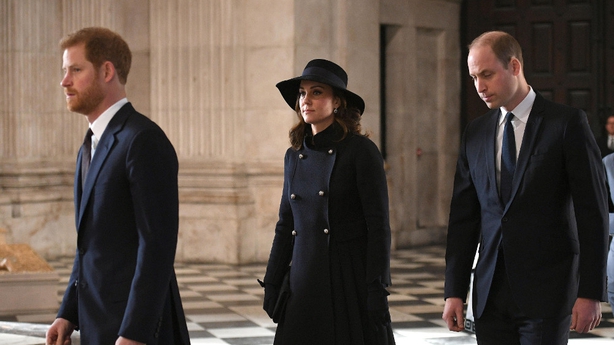 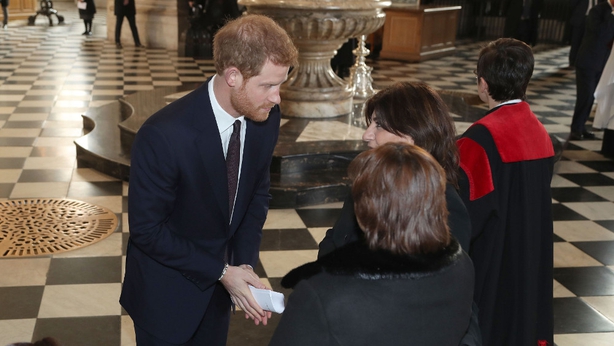 Martin Moore-Bick, the judge leading the public inquiry into the blaze, was among those attending the ceremony, joined by lead counsel Richard Miller.

His probe has been beset by criticism in recent weeks as survivors and bereaved families called for a panel of experts from a diverse background to sit alongside him.

Close behind, lines of uniformed paramedics, firefighters and police officers streamed into the service. 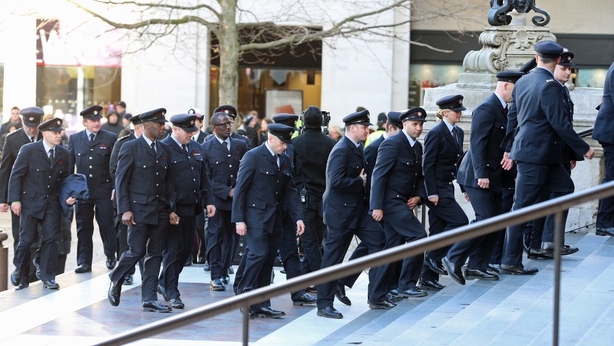 Royal Borough of Kensington and Chelsea leader Elizabeth Campbell was asked not to attend due to continuing tension with residents over the fire and its aftermath.

Ms Campbell said: "It is only right that we respect the wishes of those involved in the service.

"It is being held for the people who lost everything on that terrible night six months ago, and it is in memory of those who tragically lost their lives.

"I want them to know that we will be thinking of them. We hope to rebuild trust, but we understand that we have a long way to go."

The council instead marked the occasion with a minute's silence at 11am at the town hall in High Street Kensington.

A criminal investigation is under way into the fire, as well as a separate public inquiry, seeking to shed light on how and why the tragedy happened and also the response of authorities in the wake of the tragedy.