Police in London have confirmed that 71 people were killed in the Grenfell Tower fire tragedy in London five months ago.

The Metropolitan Police said all those who died in the blaze have been recovered and identified.

Baby Logan Gomes, who was stillborn, has been recorded as a victim of the fire.

His family managed to escape from the blaze but his mother Andreia Gomes gave birth to him as she lay unconscious in hospital hours after they escaped.

Metropolitan Police Commander Stuart Cundy said: "The human cost and terrible reality of what took place at Grenfell Tower affects so many people.

"Our search operation and ongoing investigation is about those people. Tragically, that night, 70 children and adults died and a baby was stillborn.

"My thoughts, and those of all my colleagues in the Met Police are with all those who lost their loved ones, those who survived, the local community and all those who live with this tragedy every day." 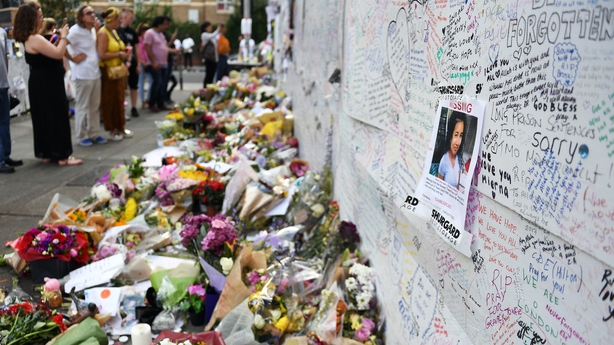 In the immediate aftermath of the blaze 400 people were listed as missing.

Police said footage showed 223 people escaping the fire, while others were not at home on the night of 14 June.

He said: "Specialist teams working inside Grenfell Tower and the mortuary have pushed the boundaries of what was scientifically possible to identify people."

The search operation, described by the Met as "mammoth", is expected to finish next month.

Investigators examined 15.5 tonnes of debris on each floor, carrying out full forensic fingertip searches throughout the 24-storey building.

The final inquests are due to be opened and adjourned on 22 November.

A public inquiry, led by retired Court of Appeal judge Sir Martin Moore-Bick, is looking at events on the night of the fire, how and why the block came to be wrapped in flammable cladding and insulation.

It is also reviewing the response of Kensington and Chelsea Council and central Government after the fire.

Procedural hearings in the inquiry will take place on 11 and 12 December.

The death toll was initially feared to be much higher as police handled thousands of calls from people who believed they knew someone who had been trapped in the tower.

One person was reported missing 46 times, while others were reported under different names and even slight differences of spellings of names had to be investigated.

There were also a number of false claims, and eight people have been charged or are under investigation for fraud in connection with the disaster.

Earlier this month, serial fraudster Anh Nhu Nguyen, 52, admitted two counts of fraud after claiming his wife and son died in the blaze, to pocket £12,500 intended to help victims.