British Prime Minister Theresa May is to head a minority Conservative government, propped up by the Democratic Unionists, after her General Election gamble backfired disastrously.

The result was a personal humiliation for Mrs May who called the election three years before she had to in a bid to bolster her position in parliament as she embarked on negotiations on Britain's withdrawal from the EU.

Labour leader Jeremy Corbyn said she had lost all legitimacy and called on her to stand aside and allow him to form an alternative administration, declaring: "We are ready to serve."

However, Mrs May insisted that, as the leader of the largest party in the new parliament, she had a duty to act in the "national interest" and lead the country through the Brexit negotiations starting in ten days' time.

Arlene Foster says the DUP will always strive for the best for Northern Ireland and its people, and for all in the UK pic.twitter.com/ZJNWakWR3X

"That is why I think at this critical time for our country it is important to form a government in the national interest," she said.

"As we are the party that won most seats and most votes, we are the only party that is in a position to form a government that can do that."

On a night of high drama, Mrs May, who went into the election with a majority of 17, fell eight seats short of an overall majority.

More on the UK election:

After frantic consultations with DUP leader Arlene Foster, Mrs May headed to Buckingham Palace to seek the formal permission of the Queen to form a new government, returning to No 10 to announce she had the "legitimacy" to continue in office.

"Having secured the largest number of votes and the greatest number of seats in the General Election, it is clear that only the Conservative and Unionist Party has the legitimacy and ability to provide that certainty by commanding a majority in the House of Commons," she said in a statement on the steps of No 10.

Theresa May says "what the country needs more than ever is certainty" pic.twitter.com/8HQhzhePcX

"As we do, we will continue to work with our friends and allies in the Democratic Unionist Party in particular.

"Our two parties have enjoyed a strong relationship over many years, and this gives me the confidence to believe that we will be able to work together in the interests of the whole United Kingdom," said Mrs May.

During a news conference this afternoon, Ms Foster confirmed she had spoken to Mrs May.

She said the vote represented a great result for the Union and that she would strive for the best deal for Northern Ireland.

She said the Union is "our guiding star" but she said she "makes no apology for saying that the DUP will always strive for the best deal for Northern Ireland.

DUP's Jeffrey Donaldson: We want to ensure Brexit provides opportunity to continue having good relationship with our neighbours in Republic pic.twitter.com/UFSwLjdIxW

"Our UK and our very way of life are under threat from extremists, negotiations for our exit from the EU are about to commence and we now face uncertainty at Westminster," said Ms Foster.

However, senior DUP figures made clear they were looking at a limited "confidence and supply" arrangement - rather than a more formal coalition - leading to some MPs to predict that there could another general election before the year is out.

Speaking on RTÉ's Six One, Mr Donaldson said detailed discussions with the Conservatives have yet to begin, but that the strengthening of the union of the UK is an important issue to his party.

He said the delivery of a successful outcome to Brexit is important for Northern Ireland.

"We don't want a hard border. We want to ensure that Brexit provides the opportunity for us to continue having good relationship with our neighbours in the Republic, and at the same time strengthening the UK economy."

Mrs May said despite losing a dozen MPs in yesteday's poll, she intended to press ahead with her plans to take the UK out of the European Union and forge a new trade deal with its former partners.

Theresa May says she is confident the Conservatives would be able to work together with the DUP "in the interests of the whole UK" pic.twitter.com/jPp9NoRTrH

Mrs May faced calls from within her party to consider her own position after the election, which she brought forward by three years in the hope it would deliver her a comfortable Commons majority, ended with Labour making significant advances.

Labour, which had been written off by critics as all but unelectable, surged to 262 seats, up 29 from its tally in the 2015 election.

The last count of the election saw Labour overturn a 7,000 majority in Kensington, London, where Emma Dent Coad saw off Tory incumbent Victoria Borwick by just 20 votes after a third recount.

Liberal Democrats gained four seats to amass 12 MPs, but lost its former leader and ex-deputy prime minister Nick Clegg in perhaps the highest-profile casualty in a night of stunning results.

Liberal Democrats leader Tim Farron says "the future of our country is less certain than it was when Theresa May called this election" pic.twitter.com/vlZm4JnZWT

In Scotland, the SNP retained just 35 of the 56 seats it secured two years ago and lost its Westminster leader, Angus Robertson, and former first minister, Alex Salmond.

Meanwhile, Scottish First Minister and SNP leader Nicola Sturgeon said the Conservative plan for a hard Brexit must be abandoned and she will attempt to keep the UK and Scotland within Europe's Single Market.

She also acknowledged the Scottish independence referendum was undoubtedly a factor in the loss of seats in the election for the SNP.

Ukip leader Paul Nuttall, meanwhile, fell on his sword after just six months in the job, after slumping to a distant third place in Skegness & Boston on a woeful night for the Eurosceptic party, which shed swathes of voters to Labour and Conservatives. 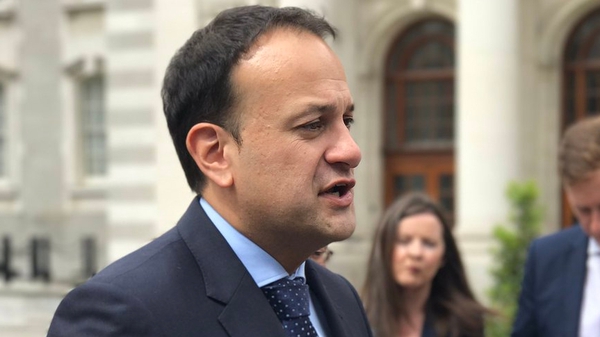