A Catholic bishop has condemned the destruction of 13 Jewish graves in Belfast as shameful.

Councillors said headstones were knocked over and smashed and concrete covers of some of the graves were also damaged at the City Cemetery off the Falls Road.

The municipal cemetery where the attack took place is one of the oldest public graveyards in Belfast and it is maintained by the city council.

The incident was reported to police on Friday.

Bishop of Down and Connor Noel Treanor said: "These shameful acts are a blemish on our society."

He said condemnation was not enough.

"What a tragedy and blemish then that the long-present, beloved and treasured Jewish families of our community should suffer yet again such actions of disrespect, violence to the memory of their beloved dead and the regrettable outworking of a latent xenophobia that stalks the minds of some." 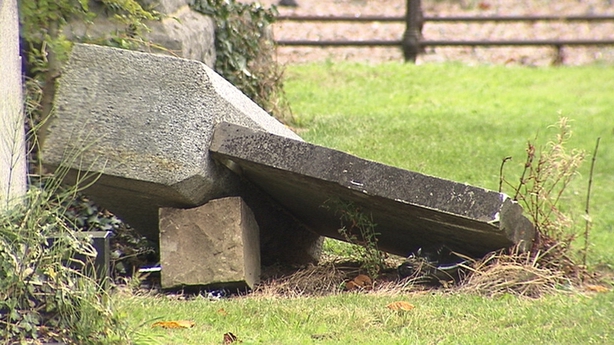 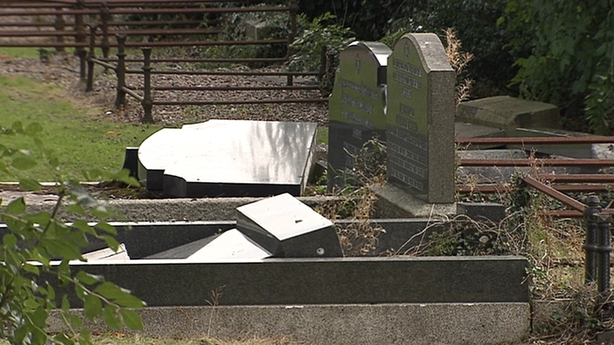 "Only yesterday a young mother, native of another land, and now an admirable fellow citizen of this city and land, told me of how a young child of four had muttered racist and xenophobic sentiments to her child of similar age in a public playground.

"Others who have come to live and work among us have told me of incidents in supermarkets where shoppers speaking a language other than English were treated with disdain and disrespect by fellow-shoppers who are natives here.

"I do not suggest these attitudes are widespread, but we all need to be vigilant lest we succumb to, harbour or induce hatred of other races, colour or religious belief.

"Failure to address such attitudes to others is not worthy of a Christian culture and people. Racism and xenophobia are issues of our times."

Bishop Treanor told worshippers at St Peter's Cathedral in: "As a society, as neighbourhoods and communities, we must honestly consider if we harbour attitudes that are negative to those whom we too easily classify as 'foreigner', rather than see them as sisters and brothers in Christ and in humanity. 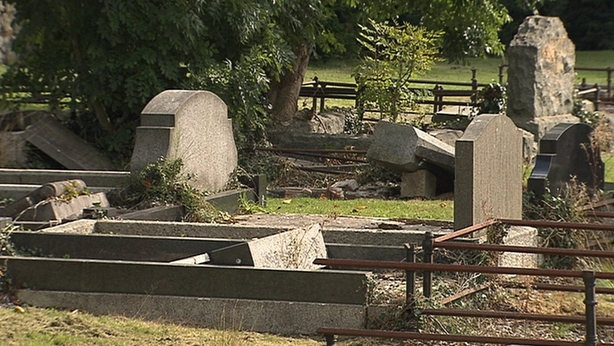 "As a society, we need to build co-operation between our homes and schools to ensure that our children are educated in heart and attitude, in mind and action, to respect every person without exception.

"As we build here in Northern Ireland a society fit and able to accommodate the contemporary reality of the mobility of peoples, willing to cherish the multi-cultural and multi-faith mosaic that is every contemporary society generally and in its most local communities and neighbourhoods, there can be no compromise on these imperatives to build minds and hearts that are open to, respectful of and treasure diversity."