Taoiseach Enda Kenny and British Prime Minister David Cameron have spoken by telephone in the wake of the Brexit vote.

A Government spokesperson said the Prime Minister called the Taoiseach to thank him for his support through the referendum process, including at European Council level prior to the political agreement.

It is understood they briefly discussed the referendum campaign and the closeness of the result.

The spokesperson said it had been agreed that it would be a priority that there would be no interruption to the close bilateral work at political and official level on Northern Ireland.

It was also agreed that there would be immediate bilateral contact between senior officials on the issues of mutual interest arising from the referendum, including the common travel area and the border.

The conversation, which lasted 12 minutes, was described as "warm" with Mr Kenny wishing Mr Cameron and his family well for the future.

They will meet next week at the European Council meeting

Earlier Mr Kenny announced that the Dáil is to be recalled on Monday to discuss the impact of Brexit on Ireland.

He also said that the Government has a contingency plan to deal with the UK leaving the EU.

The Taoiseach said the Government's primary aim is to protect and advance Ireland's interests.

He added that Ireland is a strong, open and competitive economy and that the recovery is testament to the resilience of the economy. The Government would continue to focus on this growth, he said.

Mr Kenny said Minister for Finance Michael Noonan and his colleagues have been in contact with the Central Bank, the National Treasury Management Agency and their international colleagues to ensure that short-term market volatility is managed.

The Taoiseach said Ireland has built a strong bond and partnership with EU institutions and that will work in our favour during negotiations.

He said there would be a discussion at a meeting of the European Council next week, and that Ireland's position would be set out at that meeting to ensure its national interest is protected.

In relation to Irish people living in the UK, he said he would have their interest in mind as the negotiations get under way.

In the medium-term, he said his concern would be focused on the common travel area between Britain and Ireland.

Mr Kenny said the Government would do all it can to maintain this and to minimise any possible disruptions to the flow of people between both islands.

Earlier, the Government said that the UK referendum result clearly had very significant implications for Ireland, as well as for Britain and for the European Union.

The Government has published a summary of key actions as part of its contingency plan to deal with the UK leaving the EU.

It states that Taoiseach Enda Kenny will speak to British Prime Minister David Cameron in the coming days and he will seek an early summit meeting.

Ireland's initial position will be outlined by the Taoiseach at the European council meeting next week.

The common travel area between the islands will be a key priority in the UK-EU negotiations.

The North-South Ministerial Council will meet next month.

The short-term impact on border areas will be monitored.

Work will be done on the options for Customs and Excise controls including the role of modern technology but ultimately this will be dependent on the outcome of UK-EU talks.

The Department of Foreign Affairs has said there has been an increase in queries about entitlements to Irish passports today.

In a statement, the Dept said the entitlements to Irish citizenship/passports - including for those born on the island of Ireland and those claiming citizenship through parents or grandparents born in Ireland - is unchanged as a result of the UK-EU referendum.

Officials from the Department of Jobs, Enterprise and Innovation will liaise with their UK counterparts.

Tourism Ireland will maintain ongoing marketing campaigns in the UK and any short-term impact of the devalued Sterling on UK tourists coming to Ireland will be closely watched.

An assessment of the impact on research funding will also be carried out.

Other areas that will be monitored include migration and health.

TRADE
Enterprise Ireland will initiate a hotline for exporters and also begin an information and guidance campaign for businesses.

It will also develop a short-term strategy to protect jobs in vulnerable areas.

The impact on trade and businesses in border areas will also be monitored closely.

A dedicated unit has been set up in the Department of Agriculture to look at issues in the sector while Bord Bia will intensify its marketing campaigns in key sectors.

An assessment will be prepared for the Government to identify the potential for new foreign direct investment as a result of the UK leaving the EU.

The IDA will liaise with its 1,200 companies and potential investors over the coming weeks.

ECONOMY
The Department of Finance will continue to monitor the impact of the vote on Ireland's overall fiscal position and this will feed into budgetary policies.

The Central Bank has established plans to deal with potential market volatility and will engage with the Department of Finance and financial institutions on possible risks.

The National Treasury Management Agency will monitor the bond markets.

The Cabinet met this morning to reflect on the result, as well as the subsequent resignation of British Prime Minister David Cameron.

Britain votes to leave EU: What does it mean for Ireland?

51.7% of Britons voted in favour of leaving the EU in a historic move.

In his resignation speech, Mr Cameron said that it will be his successor who will begin the talks process to extricate the UK from the EU.

This could mean that these talks will not begin until October and could take two years.

Senior Government sources said this gives Ireland a time cushion to prepare for the key EU negotiations on the UK's departure.

A call between Mr Kenny and Downing Street today has been described as possible.

The Government will also be closely monitoring statements from other EU leaders and it is anticipating a possible joint statement from France and Germany.

Meanwhile, Fianna Fáil has said the "focus now must be to minimise the damage caused by this result".

In a statement, it said that "we have a distinct and urgent national interest which should be recognised by our European partners".

It said the Leave campaign "was a mean-spirited campaign in which fear of non-British people was promoted to a disturbing degree".

Separately, Sinn Féin has called for a border poll on Irish unity after Northern Ireland voted to remain in the EU. 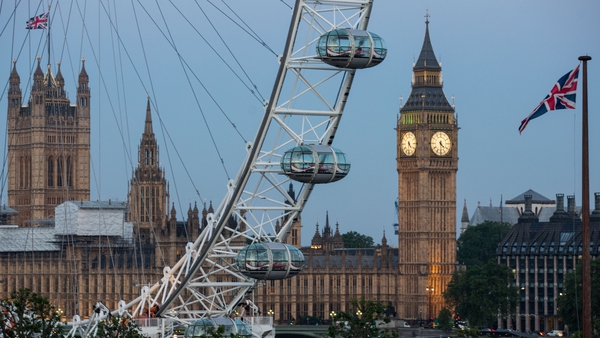 Key questions for Britain and Europe after Brexit vote