The Garda Commissioner has said the legal team representing An Garda Síochána at the O'Higgins Commission proceedings "was not instructed to impugn the integrity of Sergeant Maurice McCabe or to make a case that he was acting maliciously".

In a statement issued today, Nóirín O'Sullivan said that because some "selective information" from the proceedings have been made public and despite "legal prohibitions" about confidentiality, she wanted to clarify the instructions given to the legal team.

Commissioner O'Sullivan said it resulted in "the risk to public confidence in An Garda Síochána being damaged in a very unfair way".

She added that it is important to dispel any public concern in relation to this issue.

She said it is important in relation to communications with the legal team representing An Garda Síochána, in terms of receiving advice and giving instructions, "that privilege in such communications is protected".

She added that the "overriding objective of An Garda Síochána, and its legal team, was at all times to assist the Commission in carrying out its statutory functions and to establish all relevant facts in relation to the matters referred to it for investigation as set out in its terms of reference."

The report of the commission led by Mr Justice Kevin O'Higgins identified serious flaws and failures in criminal investigations in the Cavan/Monaghan division in 2007 and 2008 but found no evidence of garda criminality or corruption.

The commission, which was established on foot of complaints by Sgt McCabe, found that while he acted out of genuine and legitimate concerns, many of his allegations were inaccurate, incorrect, overstated and unfounded.

The Garda Commissioner said she has a duty to all the force's members and she believes dissent is not disloyalty.

It was not unreasonable then to cross-examine and test the evidence given by Sgt McCabe, she said.

The commissioner said there has been a suggestion in many reports that two senior gardaí allegedly sought to misrepresent the contents of a meeting with Sgt McCabe in 2008.

In order to resolve what she calls any public disquiet around this the Commissioner said she has asked Minister for Justice Frances Fitzgerald to refer the matter to the Garda Síochána Ombudsman Commission.

Ms O'Sullivan said An Garda Síochána fully accepted the findings of the commission and is committed to implementing its recommendations.

He also warned the Minister for Justice that she is on a "sticky wicket".

He accused Ms Fitzgerald of holding the Garda Commissioner "afloat" during statements on the O'Higgins report in the Dáil tonight.

He said the Garda Commissioner is accountable solely to the Government and the minister and not the Policing Authority. Therefore, he said, the authority did not have "the carrot or the stick".

Mr Wallace said the authority had no legislative power to deal with or address the issues arising from this report adding that it was a "scapegoat" for the current Government and for real garda reform. 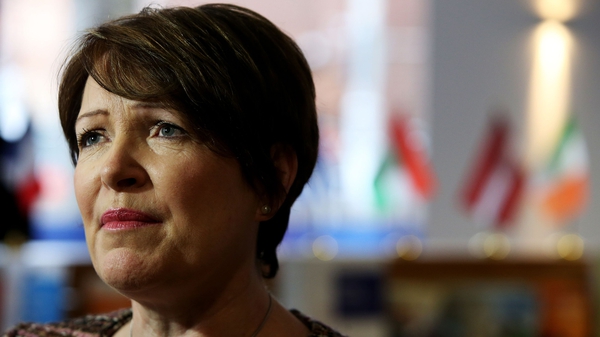