Telephone provider Meteor Mobile has been convicted and fined €25,000 for removing discounts from customers' phone contracts without telling them.

In the first prosecution of its kind, the company pleaded guilty at Dublin District Court today to breaching statutory regulations.

The court heard the company, which is owned by Eir, had discontinued a 50% discount package.

However, the bundle continued to be sold by shop operators and Meteor agents to over 100 customers who later had it taken from them without any notification or any offer to withdraw from their contracts without penalty, which is required under the regulations.

The case came after customers' bills doubled and some of them complained to telecoms industry watchdog Comreg.

Judge John O'Neill described the company's explanation that they had technical problems as "gobbledygook".

He also said it was ironic that they were involved in the communications business when they had difficulty communicating to their stores that the packages should not be sold anymore.

One customer got cut-off when he complained that his discount had been taken from him without warning.

There were 123 counts of breaching the Universal Services and Users Rights regulations.

Prosecution counsel Christian Keeling told that it had been agreed that that a guilty plea would be entered by Meteor to ten counts and Comreg would withdraw the remaining charges.

He said the regulations contain consumer protection measures where a provider must notify subscribers of any changes and advise them of their rights to withdraw from their contract without penalty if they did not agree with the modifications.

Comreg compliance officer Miriam Kilraine told Judge O'Neill the 123 customers had been given a phone bundle with a 50% discount for 24 months.

However it was later removed from their packages.

Customers who complained were told that the discount had been given to them in error.

"This result in their bills being effectively doubled," she said. The court heard that 29 customers complained directly to the company but refunds to all those affected came following intervention by Comreg.

On top of the refunds, 111 customers who have remained with Meteor have been given the discount back for the duration of their contracts.

The average refund was €240, the court heard. 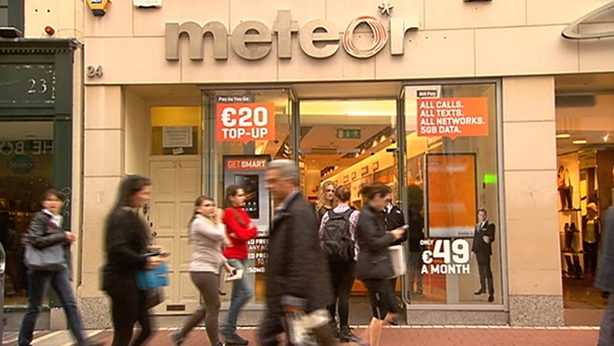 Ms Kilraine cited two examples. One customer was told by Meteor that there was "nothing they could do" after they noticed their bill had increased.

Another customer on a two-year contract noticed his 50% discount had been removed after a couple of months. He complained and held off paying the bill but Meteor cut him off, the court heard.

She agreed with defence counsel Joe Jeffers that the people in the two case studies had discounts reapplied and refunds within a couple of weeks.

She said that the company had co-operated "in a qualified way" and Comreg found the information provided to it by Meteor was not of a standard they would expect.

They had no prior criminal convictions. However Ms Kilraine said the company pleaded guilty in other proceedings for over-charging but that case was struck out after Meteor gave a charitable donation.

Meteor director Maeve O'Malley told the court the company had ceased offering the 50% discount on a 400 free minutes, texts and two gigabytes of data bundle.

However their shops and agents such as Carphone Warehouse were still able to give it because it was not removed from their computer system.

She said they would have been notified that the discount had been stopped.

She rejected a suggestion by the judge that the sales continued because the shop managers had not been informed and she denied that she was being evasive.

She said the issue raised by Comreg about information they provided was because of the complexity of going through their accounts.

She said the refunds cost €25,000 and the company was apologetic, have new measures in place and are confident it won't happen again.

The offence can result in court convictions and fines of up to €5,000 per offence.

Defence counsel Joe Jeffers asked that the company, which has agreed to pay prosecution costs, be given a chance to donate €10,000 to charity and spare it a conviction.

However, Judge O'Neill refused and imposed fines totalling €25,000 which have to be paid within four months.