Irish scientist Professor William C Campbell has been presented with this year's Nobel Prize for Medicine at a ceremony in Stockholm.

The 85-year-old, who grew up in Donegal, was jointly awarded the accolade for his discovery of the drug ivermectin.

Prof Campbell became the second Irish person to win a Nobel Prize for Science after Earnest Walton collected the physics award in 1951 for his work on splitting the atom.

Professor Campbell's work on a medicine to kill parasites has saved millions from awful disease like river blindness pic.twitter.com/2gUJPD7s6Y

In October he was declared a joint recipient of the 2015 Nobel Prize for Medicine, along with Japanese scientist Satoshi Omura and Chinese researcher Tu Youyou.

Prof Campbell and Prof Omura were recognised for their work on developing ivermectin which has proved remarkably successful at treating diseases like river blindness.

Prof Campbell was born in Derry in 1930 and grew up in Ramelton in Donegal, before going on to study at Trinity College Dublin.

He then moved to the US, where he got his PhD and subsequently worked as a parasite biology researcher.

He has spent the last few days in Stockholm where he attended the Nobel Concert, and delivered his Nobel lecture as part of Nobel Week.

This afternoon, watched by family members from Ireland who have travelled to Sweden, he officially received his award at the Nobel Prize Award Ceremony. 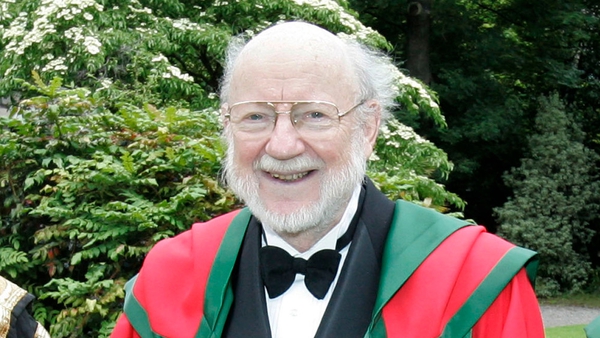