A post-mortem examination on the body of a 24-year old Brazilian man who died on an Aer Lingus flight from Lisbon to Dublin has been completed.

A number of packages recovered from the man's body during the examination have been sent for forensic analysis.

Gardaí are continuing to question a 44-year old woman who was also on the flight.

It was completed this evening.

During the examination a number of packages were recovered from the man's body.

RTÉ News understands that at least one of them was ruptured.

The packages have been sent for forensic analysis.

Dr Bolster has also ordered further toxicology tests to be carried out.

Aer Lingus flight EI 485 was en route from Lisbon to Dublin when it diverted to Cork after the man became unwell an hour into the flight yesterday.

He bit another passenger and subsequently lost consciousness. He was pronounced dead after the plane landed in Cork.

More than 170 passengers and crew were interviewed by gardaí in the terminal building. One of them was detained.

The woman who was arrested is Portuguese, but is believed to have been living in Dublin for several years.

She is involved in a number of businesses, including offering herself as a consultant to non-EU residents seeking visas to work and study in Ireland.

The woman remains under arrest tonight.

A definitive determination on the cause of the man's death will not be made until the results of the forensic and toxicology tests are available, and this may take some time. 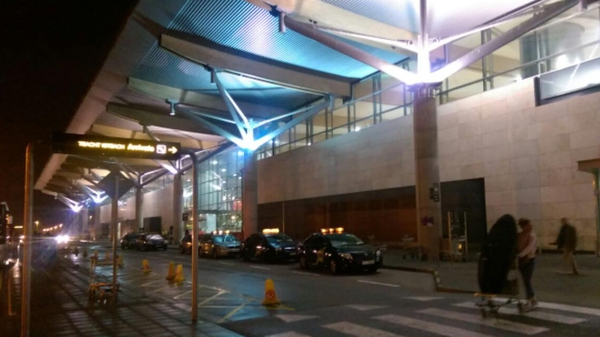