President Michael D Higgins has urged bodies such as the City and County Managers' Association to apologise publicly for not valuing social housing more in recent decades.

Speaking in Dublin, he said that while a newspaper headline proclaims today that the economy is roaring back in Ireland, inequalities are roaring back much louder in the world.

President Higgins was speaking at the launch of the annual report of the homeless and drugs charity, Merchants Quay Ireland.

The report states that it delivered 19% more medical interventions to homeless people throughout the Republic last year and that homelessness and drug use continues to grow in the midst of what it terms "an unprecedented housing crisis".

Last winter's homelessness crisis prompted the largest ever Government drive to shelter the needy. But Merchants Quay Ireland says both the night café it runs and the 228 emergency beds now provided nightly by Dublin's local councils are full to overflowing.

Last year saw an increase of one-fifth in the numbers receiving medical care from the charity.

The President said that while serving as a public representative he saw his local authority's management abandoning its role as a manager of social housing tenants. He has previously criticised councils for selling off housing stock without replacing it.

He criticised, what he called the institutional element of local authorities, for pulling out of managing tenants in public housing over recent decades, and said the debate has yet to be won in Ireland to convince the public that housing is a right and not simply a commodity.

A spokesperson for the City and County Managers' Association said it was not available to comment on the remarks.

Welcoming the President's remarks, Merchants Quay Ireland said it hopes that it will not take another high-profile tragedy like Jonathan Corrie's death last winter near Leinster House to shake the Government into responding adequately to what it calls our "mounting homelessness emergency".

Merchants Quay Ireland CEO Tony Geoghegan said the unprecedented levels of homelessness are further exacerbated by and contributing to the problem of drug use.

The charity's homeless food service provided around 80,000 meals last year and more than 1,000 people accessed its GP services, an increase of 28% from 2013. 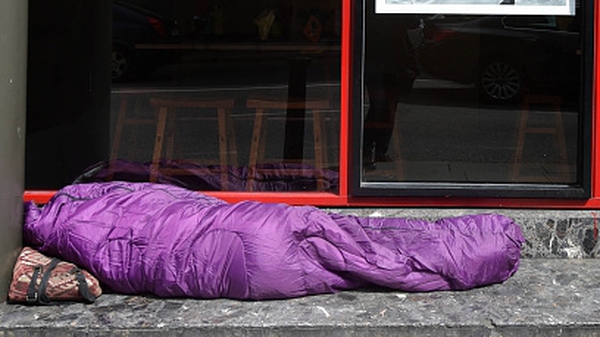