The Director of Inner City Helping Homeless has said there is a lack of money to pay for homeless beds.

Anthony Flynn's comments come after a family - with three children all under the age of five - was found sleeping rough in Mountjoy Square Park because there was no emergency accommodation available.

Speaking on RTÉ’s News at One, Mr Flynn said the family, originally from Romania, had been renting privately for over a year but their home was repossessed by the banks.

However, the family was allowed to leave without any referral for emergency accommodation, or a bed.

Mr Flynn said the family was found by the intake team last night and they were then referred to Inner City Helping Homeless.

Mr Flynn said when he sought help from Fr Cowley to feed the family this morning, the priest was shocked and amazed that it was the same family he had presented to the CPS.

Director of Advocacy at Focus Ireland Mike Allen said the level of homelessness is an absolute national crisis and his teams see this sort of situation most nights of the week.

He said: "It's traumatic what's happening out on the street but it's equally traumatic in the local authorities for the staff who are having to deal with this Central Placement Service".

He said he believes they have arranged accommodation with the Homeless Executive for the family tonight.

Mr Allen said the number of homeless families has increased by 50% since January.

He said there is a lot of co-operation between homeless organisations but the co-operation breaks down when there are no places, or clear direction from Government.

He called on the Taoiseach and the Government to make sure that there is an absolute obligation for the CPS to provide any family that has been assessed as homeless with a house.

Mr Allen also said he is not blaming the CPS but the Government needs to make sure this does not happen again. 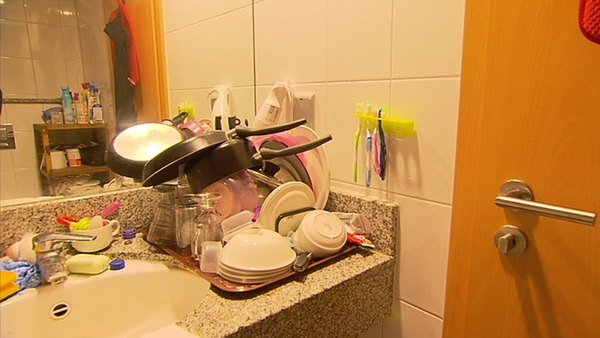 Family left homeless due to council's 'maxed out' credit card