Gardaí have begun an investigation into claims in the Dáil by Independent TD Mick Wallace that an official at NAMA sought a bribe from an agency debtor.

The Wexford TD alleged in the House today that a portfolio officer had asked for the money from a construction company that wanted to discharge its debts to the agency.

His remarks were condemned by the Ceann Comhairle who said the Dáil should not be used as a "star chamber" while Taoiseach Enda Kenny said the Public Accounts Committee was the body charged with oversight of NAMA.

Mr Wallace first raised claims about the sale of NAMA's Northern Ireland portfolio and the diversion of £7.5 million, which he said had been reportedly earmarked for a politician or political party in the North.

However, the Chief Executive of NAMA has said that Deputy Wallace has not provided the agency with any information of the type he spoke about in the Dáil today.

In response to Deputy Wallace's claims of monies being sought by, or paid to, people linked to the agency, CEO Brendan McDonagh wrote to the Garda Commissioner today to ask it to investigate these claims.

Garda Commissioner Nóirín O'Sullivan has ordered the Garda Bureau of Fraud Investigation to begin an inquiry as has appointed Detective Chief Superintendent Partick Lordan to lead it.

The Garda Bureau of Fraud Investigation has been involved in 16 cases relating to NAMA.

One of these cases is currently before the courts, four have been closed and 11 remain under active investigation.

In response to the claim by Mr Wallace that NAMA was aware of a payment made to an Isle of Man account in January of this year, the spokesman said that this was categorically false and incorrect.

NAMA has already confirmed that the first it knew of this payment which, it is alleged, was connected to individuals in Northern Ireland, was two weeks ago following news reports on the issue.

In further claims in the Dáil today, Mr Wallace described NAMA as a "secret society".

He told TDs he knew of a construction company that wanted to exit NAMA and which had been asked by its Portfolio Manager for €15,000 in cash in a bag.

He said after a further request the matter was "sorted".

The Ceann Comhairle intervened and said the Dáil could not be used as a "star chamber" warning that people's reputations were involved and if the deputy had information he should go to the gardaí.

Mr Kenny said the PAC had oversight of NAMA and any charges should be put to it.

During Leaders' Questions, Mr Wallace put a number of questions to the Taoiseach.

Mr Wallace asked Mr Kenny if he knew how many barristers, judges, solicitors, top four accountancy firm partners and bankers are in syndicates which he said have transferred to NAMA, but which NAMA has not enforced, despite personal guarantees being attached, he claimed.

He added that it appeared some of the "great and the good" of Irish society had been blessed with NAMA's "good will".

The Wexford TD then questioned the role played by former secretary general of the Department of Finance John Moran in NAMA's handling of the Corin Group Portfolio.

Mr Wallace said he noted that solicitor Ian Coulter had come out and denied the involvement of a politician in the Northern Irish property deal.

He said he contacted his source to see to what extent they could confirm the involvement of a politician, to which he was told 100%.

Mr Wallace also asked Mr Kenny if he would set up an independent Commission of Investigation and that he owed it to the Irish people.

Mr Kenny said he did not speak for anyone in Northern Ireland, adding there was a criminal investigation going on there.

He said as he understood it from yesterday's discussions there were no allegations against NAMA "down here".

Mr Kenny said Mr Wallace had a duty and responsibility to bring it to the attention of the Oireachtas through the PAC.

He said there was no basis for criminal charges against NAMA, that he had heard.

The Taoiseach said if Mr Wallace had evidence to the contrary to bring it to the gardaí or the PAC.

Almost two weeks ago, Mr Wallace alleged that £7 million ended up in an Isle of Man account and that it had been reportedly earmarked for a Northern Ireland politician.

NAMA officials have said the agency received all the proceeds from the sale of its portfolio in Northern Ireland to an American company and the money had nothing to do with it.

The UK National Crime Agency has launched an investigation into the allegations, while Stormont’s finance committee and the PAC are also looking at the issue.

The Comptroller and Auditor General is investigating the deal due to losses of €280m in cash terms.

Meanwhile, the Belfast lawyer at the centre of the controversy over millions of pounds of fees relating to the purchase of the property portfolio has said no politician in Northern Ireland was ever to receive money from the deal.

Ian Coulter said in a statement that over £7m was transferred to an offshore account controlled by him for complex legal reasons.

Mr Coulter insisted there was nothing untoward in his diverting over £7m into an offshore account.

He said he had not received any personal benefit for his work on the deal and neither he nor any third party had received any part of the £7.5m.

Mr Coulter said the fees had been paid into a company account at Tughans, the firm at which he was a managing partner; he then directed the Finance Director of Tughans to transfer what the statement describes as "the remaining portion" into an account controlled only by him, but he insisted not a penny was touched.

Mr Coulter said the money had not been retrieved by the Northern Ireland Law society as had been reported but he had in fact transferred the funds back to Tughans in December last year and brought that to the firms attention.

A spokesman for Tughans, the firm which Mr Coulter was managing partner of until his resignation this year, has said: "The firm strongly disagrees with his version of events surrounding the treatment, discovery and retrieval of the professional fees and his exit from the practice and we have passed all documentation relating to this to the Law Society.

"We voluntarily brought the matter to the attention of the Law Society and will continue to cooperate with any inquiry." 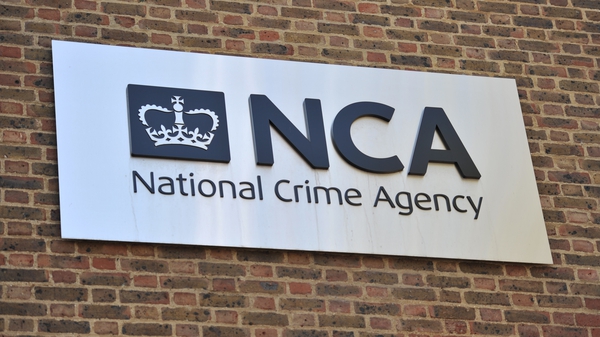