The UK's top law enforcement body is to lead the investigation into corruption allegations at the heart of the largest ever property deal in Northern Ireland.

The National Crime Agency said it has been asked by the PSNI to drive the inquiry in to an alleged multi-million pot to make pay-offs on the fringes of the sale of 850 properties to a US investment fund.

They agreed the Project Eagle portfolio sale in April 2014 was the biggest deal it has done to clear property, land and developer loans from bailed-out Irish banks.

NAMA chairman Frank Daly told the PAC the sale process for Project Eagle was robust, competitive and secured the best outcome for the Irish taxpayer.

Mr Daly said that if a payment did find its way to an account in the Isle of Man, as has been alleged, then wherever such a payment came from, it did not come from NAMA.

He said the agency had no knowledge of the alleged payment until in came into the public domain.

He said he was confident that the NAMA board acted quickly and decisively and took every measure available to it to protect the integrity of the sales process as soon as the proposed fee arrangement came to light.

In his opening statement to the committee, Mr Daly said when the agency became aware of a concern surrounding the participation of one of the bidders it immediately took steps to ensure they withdrew from the process.

He also said that no pressure from any source, "political or otherwise", influenced NAMA in regard to the decision to sell the loans of Northern Ireland debtors or the decision to accept the bid from US investment company Cerberus Capital Management.

Last night PSNI Assistant Chief Constable Will Kerr said: "We believe that there is sufficient concern in relation to potential criminal activity, surrounding this property deal, to instigate an investigation.

"PSNI are now engaging with a number of other national and international law enforcement partners to consider how best to take forward this investigation" he said.

Mr Daly also said media reports that NAMA sold assets worth €5bn was a very serious error and the assets were sold for exactly what they were worth.

NAMA Chief Executive Brendan McDonagh told the committee that the net cash loss to NAMA on the NI debtor portfolio was about €280m and he believed that the commercial decision taken by the NAMA Board to dispose of the NI loan portfolio was the right one.

He said the key consideration for NAMA in any loan sale process is that all interested parties are given the opportunity to bid and all bidders are treated equally and fairly.

Sinn Féin's Mary Lou McDonald told Mr Daly that NAMA had a duty of care in ensure nothing improper occurs in their sales.

She said while she accepted that NAMA could not control third-parties, she did not accept the "end justifies the means" approach.

Mr Daly told Ms McDonald he would love to see the Isle of Man allegations investigated and he said he welcomed the PSNI's investigation.

Mr Daly said the real test is if we got value for money and "I absolutely believe we did".

NAMA will not appear before the Northern Ireland Finance Committee, the agency's chairman said.

Mr Daly said NAMA would help in any other way it could but it is accountable only to Oireachtas committees.

If they want us to talk about this so called transaction in the Isle of Mann to an individual, "we've nothing to say", he said.

He said that wherever the £7m came from it did not come from NAMA and has nothing to do with the agency.

Mr Daly said too that NAMA would welcome any investigation by the PSNI and the Law Society into the transaction.

The NAMA chairman said he was disturbed the sale of Project Eagle is now being conflated with this transaction.

The Comptroller and Auditor General said he is unable to investigate any allegations around individuals in Northern Ireland that were outlined in the Dáil recently.

Seamus McCarthy said he had not received any documents or complaints from TDs about these allegations, but he said the scale of the loss on the NI property sale had prompted him to examine the project long before what was said in the Dáil last week.

PAC chairman John McGuinness has said "there is a need for some cross-border effort to bring all of the agencies and information together to restore the integrity of this bidding system."

Speaking on RTÉ's Six One, the Fianna Fáil TD said he believes NAMA "did not get the best value for money for the taxpayer", in relation to the sale of the NI property portfolio.

He said "the whole process was compromised" by the time NAMA told the bidder Pimco that it could not permit them to remain in the bidding process.

He said that "smaller bundles" would have had "a greater return for the tax payer."

Fleming claims there was 'political imperative' on NAMA

Fianna Fáil's spokesperson on Public Expenditure and Reform has said while there may not have been political involvement in the sale of NAMA's Northern Irish property portfolio, there was a political imperative on NAMA to complete the sale.

Mr Fleming said: "The only reason they were taking the deal at that time was because they knew Minister Noonan wanted a quick sale."

He added that "NAMA, through their management of that Northern Ireland portfolio, lost €783m of Irish taxpayers money. They had never sold a bunch of loans to that value before. This was three times bigger a job lot sale than NAMA had ever done before and that's because the minister wanted them to get on and wind up NAMA as urgently as possible to get the cash flow into the Government."

Mr Fleming said there had been political influence on NAMA in relation to the sale of Project Eagle both north and south of the border.

He also said when issues arouse relating to Pimco's bid for the portfolio, NAMA had acted decisively to a point only, and when they found out the sales process was contaminated they should have canceled it.

The PAC also heard that the failed bidders for the Northern Ireland's NAMA portfolio, Pimco, was to pay a fee of £15m which was to be split three ways between US law firm Brown Rudnick, its Northern Ireland representatives and Frank Cushnahan, a former member of NAMA's Northern Ireland Advisory Committee.

The committee heard that Pimco had already been asked to withdraw its bid by NAMA.

Mr Daly gave the information to Independent TD Shane Ross who asked why the sales process was not aborted once it was discovered to be tainted.

Mr Daly earlier told the PAC that they were given an undertaking, an unequivocal statement, that no fees were paid to any party with a connection to NAMA.

It was a "very difficult portfolio" and they did not want to go through a sales process and then abort it, the committee was told.

Earlier, a NAMA spokesperson moved to clarify issues around the sale of the NI property portfolio.

NAMA's property loans in Northern Ireland were sold to a US company for €1.6bn.

While these loans were originally valued at €5bn, a NAMA spokesperson said this morning that the agency would have paid the banks considerably less than €5bn for them.

Last week in the Dáil, Independent Deputy Mick Wallace alleged that £7m was found in an Isle of Man account, and said the "money was reportedly earmarked for a Northern Ireland politician".

The NAMA spokesperson also reiterated that NAMA received the full proceeds from the sale of these loans, and that the origins of that £7m are not NAMA.

Wallace will speak to PSNI 'if asked'

Mr Wallace said that if asked he will speak to the PSNI in connection with its investigation.

Speaking on RTÉ's Today, with Sean O'Rourke, Mr Wallace said it was good that the PSNI had initiated a criminal investigation into the issue.

He also said if an independent inquiry is set up in the Republic he will also speak to it.

He reiterated that it did not believe the PAC or the Comptroller and Auditor General had the wherewithal to investigate the issue. 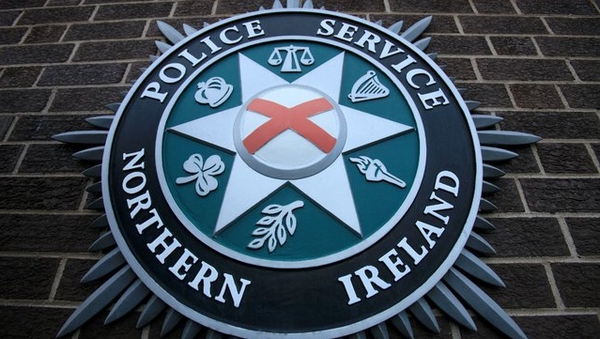