The Children's Ombudsman has criticised a Government target which could see 37,000 children still living in consistent poverty by 2020 as "unacceptably high".

Niall Muldoon, in his report to the United Nation's Committee on the Rights of the Child, said the target "represents an acceptance of a higher rate of consistent poverty among children than the general population".

The report says "the target set out in Better Outcomes, Brighter Futures - a reduction of at least two thirds on the 2011 level – envisages that as many as 37,000 children could be left living in consistent poverty by 2020".

The report states that since the UN committee's last examination of Ireland, the proportion of children living in consistent poverty has increased from 6.8% to 11.7% in 2013.

Elsewhere, the report recommends the State must ensure that there is no further delay in reforming Ireland's laws regarding asylum seekers.

It says that accommodating children and young people in Direct Provision for longer than the six-month period originally envisaged places them in a "fundamentally unsuitable setting."

It also calls for the State to ensure that the use of adult prison facilities to detain children ceases as soon as possible.

The report finds that there is a substantial number of child protection referrals to the Child and Family Agency, Tusla, in respect of which the agency is not meeting its own target timelines for screening and assessment.

The report highlights concerns raised that there was a significant number of children awaiting a social work service in one area, and that, while the service responded to children at severe risk, there were high numbers of children at risk who they are unable to respond to due to unavailability of staff.

It recommends that the State provides Tusla with adequate resources to be able to meet its targets with respect to the timely assessment of child protection referrals to its services.

The report highlights that a 24-hour social work service, which was recommended by the UN committee, has not been rolled out nationally.

The ombudsman's report found that concerns had been expressed regarding the Government's narrow interpretation of the judgment by the European Court of Human Rights in the case of Louise O'Keeffe.

The judgment found the State had violated Article 3 of the European Convention on Human Rights by failing to implement effective measures to prevent and detect sexual abuse of children in Irish schools.

The report found that the Government's action plan appears to exclude from the redress mechanism all victims of sexual abuse
in Irish schools whose abuse did not take place in the aftermath of a prior complaint that abuse had occurred in that school.

The ombudsman recommends that the State must adopt a more comprehensive approach to providing redress to those who suffered sexual abuse while they were in school.

Dr Muldoon also recommends that the State should set up a national specialised service to provide appropriate therapeutic support for children affected by abuse, in line with that available to adults.

The report finds the State has taken no steps to implement the UN committee's recommendation to put in place a comprehensive legal prohibition of corporal punishment.

It recommends the State should put in place a comprehensive legal prohibition of the use of corporal punishment in all settings. 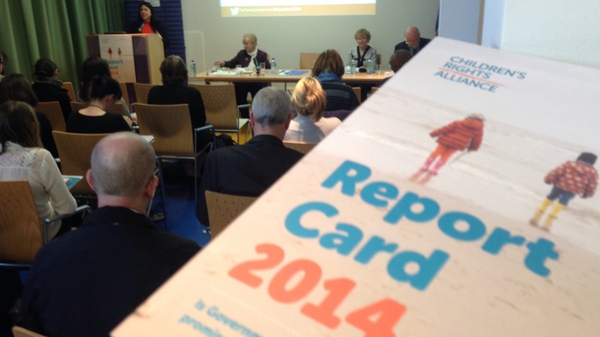