Archbishop of Armagh Eamon Martin has said he is not surprised by the changes in the opinion polls over the last few days.

He said many people are now only beginning to realise the far reaching implications for the future generations and for families, and for the unique special relationship between husband and wife if a change is made to the Constitution.

"For a long time, we were led to understand there was not much to this", he said, "but now people are realising that is not the case".

While three opinion polls published in the Sunday Business Post, Sunday Independent and Sunday Times today indicate a majority Yes vote, they also report that the gap between Yes and No voters is narrowing, with an increasing number of voters saying they are undecided or intend to vote No.

Bishops appeal for No vote in Mass letters

Letters were read out at masses in a number of Catholic dioceses today, in which Bishops argued against the proposal to change the Constitutional definition of marriage in a referendum next Friday.

Catholic Archbishop of Dublin, Diarmuid Martin, challenged claims by Yes campaigners that legalising same-sex marriage would not affect its opponents or church marriages.

Similar messages were delivered to churchgoers in the Archdiocese of Cashel and Emly and in the dioceses of Galway, Killala, and Elphin.

Dr Martin writes that a Yes outcome in Friday's Referendum would affect every citizen, because it would fundamentally change the philosophy which underpins cohesion in society.

He states that no politician can promise that legalising same-sex marriage would not affect its opponents or church marriages since it would be exclusively up to the courts to interpret the amended Constitution.

Archbishop of Cashel and Emly Kieran O'Reilly says that while none of the bishops in Ireland want to alienate or denigrate any individual or group, they believe that marriage between a man and a woman is an institution that is fundamental to both human life and society's well-being.

However three faith groups, campaigning for a Yes vote, have complained to Archbishop Eamon Martin saying that Vote No literature, which they say is insensitive to gay people, is being distributed in churches.

The groups; We are Church Ireland, Faith in Marriage Equality, and Gay Catholic Voice Ireland, asked that only official Church literature be stocked in parishes and suggested to Archbishop Martin that he might tell Catholics that, after careful reflection, they may in good conscience decide to vote Yes.

Surrogacy 'nothing to do with' referendum - Fitzgerald

Minister Frances Fitzgerald has said surrogacy issues are nothing to do with the question being asked in the upcoming same-sex marriage referendum.

Speaking on RTÉ's The Week in Politics, she denied that the Government had been dismissive of the surrogacy argument.

Minister Fitzgerald said the referendum will ensure that nobody is treated as a second class citizen and that it was about treating all citizens equally.

She said the church had the right to lay out their views but she said she was thinking of the children who would be born gay in the future and she wanted to protect their rights. 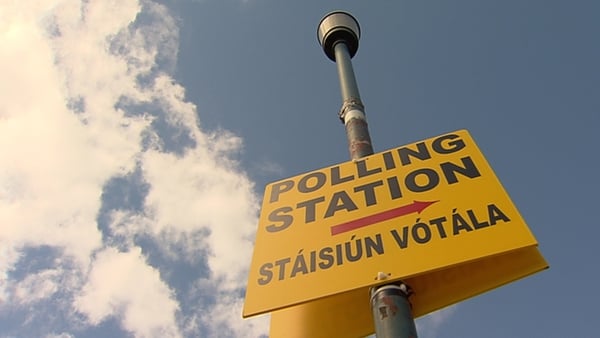