A petition calling on Minister for Justice Frances Fitzgerald to include a conscience clause as part of the same-sex marriage referendum has been initiated online.

It has been signed by a number of religious groups, including the Islamic Cultural Centre of Ireland, the Irish Council of Imams, the Galway branch of the Reformed Presbyterian Church and a number of individuals, including Quaker Richard Kimball.

Speaking on RTÉ’s Morning Ireland, author of the petition Mr Kimball said he is opposed to the amendment because it does not facilitate people, who for reasons of conscience, wish to define marriage in the traditional sense.

He added the group is also concerned about the law being taught in schools and whether schools will uphold state law or religious faith.

Responding to the petition, Taoiseach Enda Kenny said the Government had been clear in the question to be put to the people.

Mr Kenny said: "The Government has made its decision very clear here in respect to the question that the people will be asked on the 22nd of May.

"That question of course is to give their approval, if they see fit and I hope they do, to allow for marriage in civil law irrespective of sexual orientation."

Minister Howlin says funding will not be cut over religious teachings

Minister for Public Expenditure Brendan Howlin also said there is no fear that any school or religious organisation would have its funding cut for continuing to espouse its own view on religious matters.

Mr Howlin said the one issue at the core of this referendum is equality under the Constitution and anything else is extraneous.

Fianna Fáil's Tommy Dooley has described the concerns over funding cuts raised by Mr Kimball as a "red herring".

Mr Dooley said care must be taken, as with all referendums, that extraneous arguments are not allowed to come in to play.

Sinn Féin's spokesperson on Enterprise, Jobs, Innovation & An Gaeltacht Peadar Tóibín said his party does not believe there should be a conscientious objection clause in relation to the marriage referendum.

He said people from the LGBT community have a right to have a marriage within civil society and to have access to services and for anyone to refuse services would be a form of discrimination. 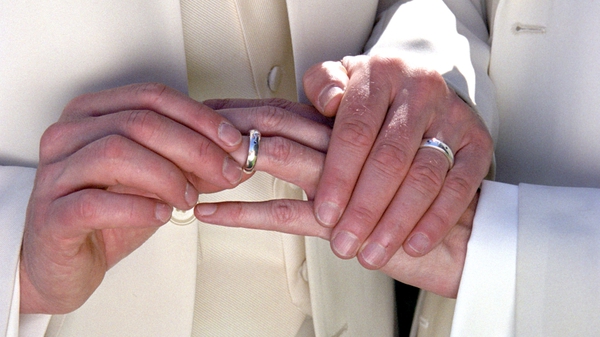