EirGrid has published a new draft strategy for the development of Ireland's transmission grid.

It confirms new options on two of its major projects and also confirms that it believes overhead lines are the most appropriate solution for the North-South interconnector.

In the strategy to be published later today, EirGrid says that the need for new infrastructure remains, even though economic circumstances have led to reduced demand forecasts for 2025 and beyond.

Advances in technology mean that its Grid Link project in the southeast, which had led to strong opposition to building new pylons, now includes the option of upgrading existing power lines.

This "series compensation" technology would be introduced to the grid for the first time.

The Grid West project now has the option of using overhead lines along with up to 30km of underground cable.

Whether these new options will appease the concerns of anti-pylon groups remains to be seen.

However there is no solace for opponents of the overhead lines for the North-South interconnector between Meath and Tyrone.

ESB has welcomed the publication of EirGrid’s strategy document, adding that the availability of sufficient capacity was a “key enabler” of the country’s economic development.

The company said the publication would create the opportunity for open engagement on how electricity infrastructure will be developed into the future, which it supported.

The Moy Valley Protection group has said it still remains to be convinced that an enhanced grid infrastructure is needed to deal with our energy requirements.

The group is made up of a number of local organisations opposed to large scale windfarms and pylons in the west.

It wants to see proof of a job intensive renewable energy strategy, as opposed to a capital intensive approach, which the group said would focus on the export of wind energy, with little benefit to local communities.

A spokesperson for the group said in today's draft strategy, EirGrid was now accepting that an underground cabling solution was an option for the Grid West project.

While accepting this was a move on the previous position from the company, the group said it showed that there were holes in the arguments being advanced for the grid projects generally.

Eirgrid initially and repeatedly stated that an underground cable line was not economically or practically possible, for the proposed 100km line running from north Mayo to Co Roscommon.

The company softened its stance last year, accepting that it had ruled out undergrounding, without giving it due consideration.

The Moy Valley Protection Group argues that proposed infrastructural improvements are centred on the export of energy from the region and would bring little or no benefit to people living in the areas in question. 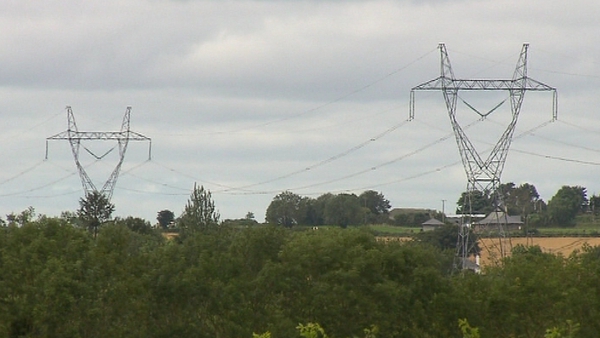