Minister for Health Leo Varadkar has welcomed the withdrawal of Diageo from the board of an alcohol awareness campaign established last month.

Ireland Country Director for Diageo David Smith confirmed on RTÉ's Today with Sean O'Rourke that he is stepping down from the board of the Stop Out-of-Control Drinking campaign.

It follows weeks of controversy surrounding the company's involvement in the campaign, which it will continue to fund.

The campaign was established in February but quickly became mired in controversy.

Three members resigned from the board and the fourth withdrawal came today when Mr Smith said he was stepping down, due to what he called the unwarranted pressure many board members were being subjected to.

Mr Smith said this pressure was caused by a perceived lack of independence due to the involvement of Diageo on the board.

Mr Varadkar said he did not think it was appropriate that the drinks industry should be actively involved in campaigns around public health.

However, Mr Varadkar stressed that there had been no attempts by Diageo to influence Government policy on alcohol.

Diageo has said it will continue to fund the campaign until the publication of its report in six to eight weeks, but added that most of the €1m allocated had already been spent. 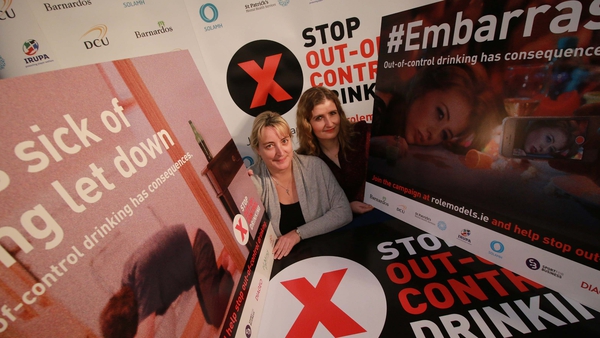