Pope Francis will make history in September by becoming the first pontiff to address the US Congress.

He told reporters that on 24 September: "His Holiness will be the first Pope in our history to address a joint session of Congress.

"We are humbled that the Holy Father has accepted our invitation, and certainly look forward to receiving his message on behalf of the American people," he added.

The 78-year-old leader of the world's Roman Catholics confirmed late last year he would be visiting the US in September to take part in a Catholic Church congress on the family in Philadelphia.

The Democratic leader of the lower chamber the House of Representatives Nancy Pelosi, who like Mr Boehner is Catholic, said politicians were "honoured and overjoyed that Pope Francis, the first pontiff born in the Americas, has accepted our invitation".

The Argentina-born pontiff "has renewed the faith of Catholics worldwide and inspired a new generation of people, regardless of their religious affiliation, to be instruments of peace", she added.

The Pope is a popular figure on Capitol Hill, where his compassion for the poor, his pragmatism and candour, and calls for frugality are likely to resonate.

But he has touched on global issues, notably climate change, that remain deeply controversial in Congress, where many Republicans hesitate to openly accept scientific assessments that human activity has led to global warming.

Francis announced last month, on the papal plane as he returned to Rome from a week-long trip to Asia, that he will make his first visit to Africa later this year, with stops in Uganda and Central African Republic.

He is also scheduled to travel to Ecuador, Bolivia and Paraguay in July. 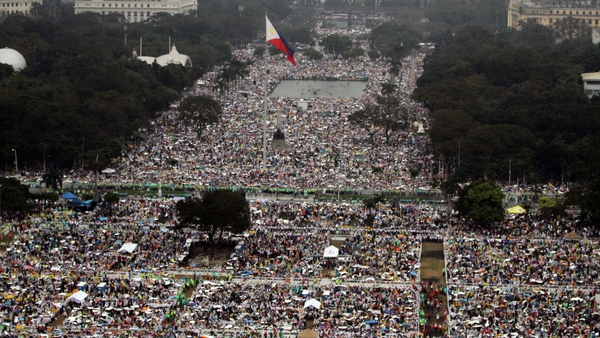