France is at "war" with terrorism, but not religion, Prime Minister Manuel Valls said as police cornered two suspected gunmen near Paris.

France is in shock over the massacre Wednesday of 12 people at a satirical weekly magazine by two brothers shouting Islamist slogans.

Taoiseach Enda Kenny signed the book of condolence at the French embassy in Dublin this morning for the victims of the Paris shooting. 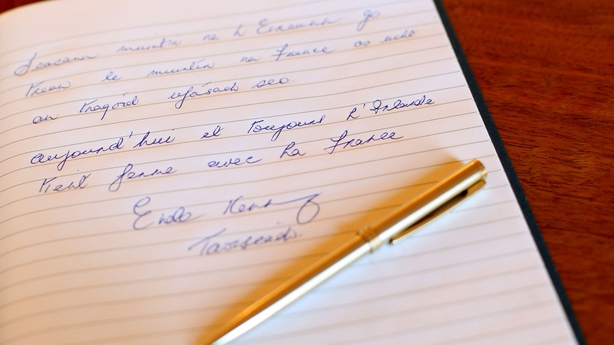 In a speech at the Convention Centre in Dublin this morning Mr Kenny said he wished to express solidarity with the French president and the people of France.

"I extend the word dúthracht, or respect and comfort, to the families of all of those in Charlie Hebdo, and to President [Francois] Hollande and the people of France - of every faith and of none."

Last night, US President Barack Obama made an unannounced visit to the French embassy in Washington to pay his respects.

Surviving employees of Charlie Hebdo started work on a new issue today in premises loaned by the newspaper Liberation.

Several people associated with the publication were seen going into Liberation's offices in central eastern Paris.

Among them were one of its columnists, Patrick Pelloux, and its lawyer, Richard Malka, who had told AFP yesterday that a special "survivors' issue" of Charlie Hebdo would come out next Wednesday, with one million copies printed instead of the usual 60,000.

The massive print run is a sign of defiance after two gunmen using automatic rifles mowed down the newspaper's staff during an editorial meeting on Wednesday this week.

Twelve people were killed, including five of the newspaper's most prominent cartoonists, and two policemen.

The surviving staff members were met by Liberation's bosses and shown to an area donated to them to work on the issue.

"There are around 30 people with Charlie Hebdo. They need to be able to work with humour," one of the bosses, Laurent Joffrin, told reporters. 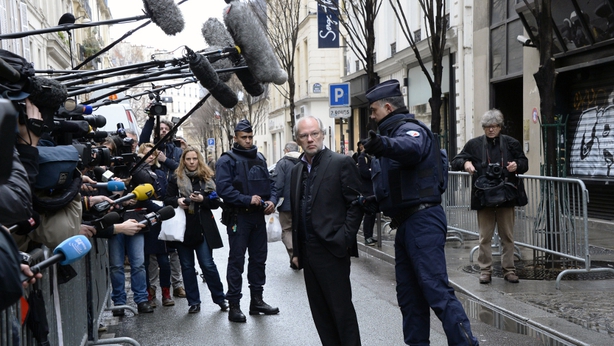 "We are hosting them because they don't even have a pencil.

Their computers and all their equipment have been sealed" in their offices a few streets away, said another, Pierre Fraidenraich.

Another French newspaper, Le Monde, supplied the Charlie Hebdo team with computers, in a sign of solidarity by media after the attack.

The push to bring out the new edition of Charlie Hebdo was going on as French police mounted an operation in a village near Paris's Charles de Gaulle Airport, just north of the capital, to "neutralise" the two suspected gunmen responsible for Wednesday's attack.

Members of the National Union of Journalists will gather to remember those killed in Wednesday's attack. 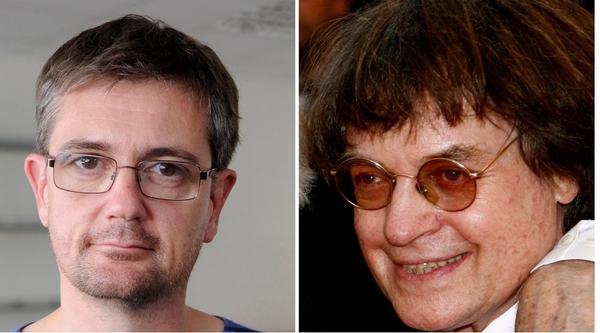 The 12 who died at Charlie Hebdo