The CEO of Sony Pictures has spoken out for the first time following the company's decision to cancel the film 'The Interview' following hacking threats'.

Michael Lynton defended the decision saying the company did not “cave” or “give in” to hackers.

Mr Lynton was responding to US President Barack Obama’s comments who described the decision to axe the film as a mistake.

"In this instance the president, the press and the public are mistaken as to what actually happened," Mr Lynton told CNN in his first public remarks since the cyber attack began last month.

Sony Pictures have released a statement indicating there are plans to release the film in some format, despite withdrawing the film for cinematic audiences after numerous screening houses declined to screen it.

After cancelling the release, "we immediately began actively surveying alternatives to enable us to release the movie on a different platform," Sony said in a statement.

"It is still our hope that anyone who wants to see this movie will get the opportunity to do so."

Sony was reviewing a number of possible formats for a non-theatrical release, which could include DVD or streaming.

Earlier today President Obama said "some dictator" cannot be allowed impose censorship in the US, adding that he will engage with film and news industries on cyber threats.

Speaking during his annual end-of-year address, the US president said he wished Sony had spoken with him first before deciding to withdraw the film. 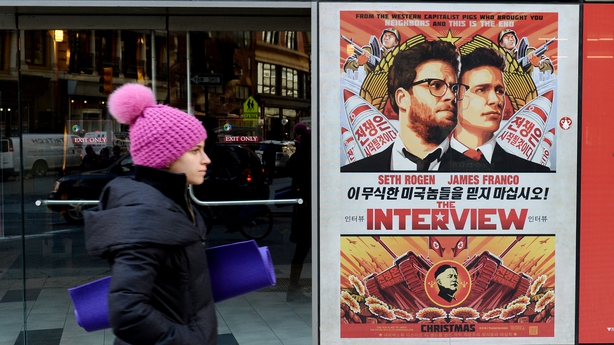 Previously the US government laid the blame for the attack at the feet of North Korea, calling it an unacceptable act of intimidation and vowing to impose "costs and consequences" on those responsible.

It is the first time the US has directly accused another country of a cyber attack of such magnitude on American soil and sets up a possible new confrontation between the two nations.

The destructive nature of the attack, coupled with threats from the hackers that led the Hollywood studio to pull a comedy movie depicting the assassination of North Korea's leader, set it apart from previous cyber intrusions, the FBI said.

"As a result of our investigation, and in close collaboration with other US government departments and agencies, the FBI now has enough information to conclude that the North Korean government is responsible for these actions," the FBI said in a statement.

"North Korea's actions were intended to inflict significant harm on a US business and suppress the right of American citizens to express themselves," it said. "Such acts of intimidation fall outside the bounds of acceptable state behaviour."

The FBI said technical analysis of malware used in the Sony attack found links to malware that "North Korean actors" had developed and found a "significant overlap" with "other malicious cyber activity" previously linked to the country.

North Korea has previously denied involvement, and a North Korean UN diplomat declined to comment on the accusation that they are responsible.

Experts say US sanction options could include cyber retaliation, financial sanctions, criminal indictments against individuals implicated in the attack or even a boost in US military support to South Korea to send a stern message to North Korea. 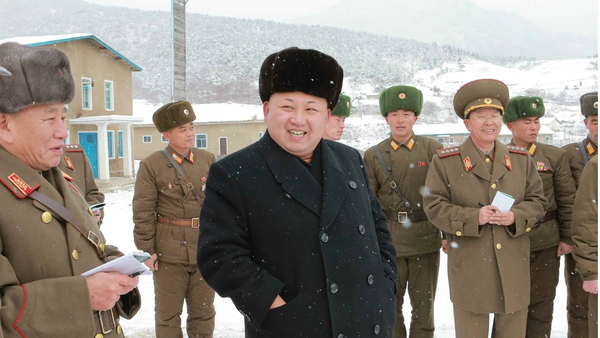