A former hotel in Tallaght has been identified by NAMA as possible accommodation for the homeless.

NAMA chief executive Brendan McDonagh has told the Oireachtas Public Accounts Committee that the body is making its contribution to addressing residential supply shortages in the greater Dublin area.

The agency NAMA identified four unoccupied office buildings in central Dublin and a former hotel in Tallaght which might be suitable accommodation if appropriately modified.

Mr McDonagh told the PAC that the four office buildings were appraised but not considered as suitable for accommodation and the former hotel in Tallaght is currently being assessed.

He said the agency has indicated its willingness to provide a loan to one of the local authorities for the purchase of the hotel if it is deemed to be suitable.

Meanwhile, a charity has called for urgent action to deal with homelessness as it reports a 41% increase in the number of people it has assisted in a two-year period.

More than 6,000 people were assisted by Simon Communities Ireland in 2013.

In its annual report to be published today, the charity says that 1,182 people accessed its emergency accommodation in four regions and that the number of homeless and those rough sleeping continues to increase.

There were 168 people sleeping rough in Dublin on one night this year, the highest number ever recorded.

There has also been an unprecedented four-fold increase in rough sleeper figures in Cork.

The annual report will be officially published later today by Minister for the Environment, Community and Local Government Alan Kelly. 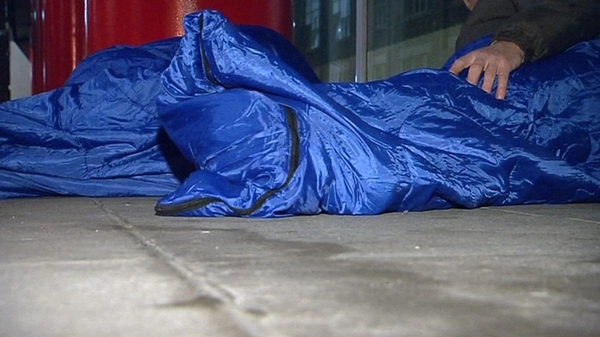