The Government has announced details of its 20-point action plan to tackle emergency and short term homelessness.

The plan, signed off by the Cabinet this morning, commits to €20 million "plus" in expenditure.

It includes the immediate provision of 260 additional emergency beds for people sleeping rough in Dublin, and a night café to provide a contact point for homeless people who do not want to be placed in emergency accommodation.

It also includes the provision of transport with support services to bring people sleeping rough to emergency accommodation where they will be cared for.

Minister for the Environment Alan Kelly is issuing a direction to the four Dublin housing authorities.

They are being directed to allocate 50% of all housing allocations to homeless households and other vulnerable groups for the next six months, having regard to the time spent by these households on the homeless and other housing lists as of 1 December 2014.

The Government says this will provide homes for approximately 500 people.

The plan follows a meeting of a Cabinet sub-committee on the issue yesterday.

Earlier, Minister for Public Expenditure and Reform Brendan Howlin said NAMA may be able to play a role in providing social housing for the homeless.

Mr Howlin said the agency had an adequate supply of land and resources that could be used to help tackle the crisis.

NAMA has a role to play in resolving housing problems - Howlin

A requirement to be socially aware was part of NAMA's legislative framework, he added.

The minister said it was quite clear that Ireland has had a dysfunctional housing market for several years, and while that market had been restored, there was still a supply issue. 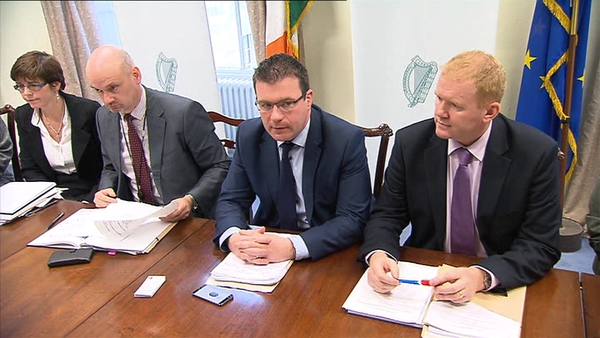