Catholic gay rights groups have described the rejection by bishops of proposals for wider acceptance of gay people as "very disappointing".

At the end of a two week synod in Rome, the Vatican failed to get the required two-thirds majority to back its initial draft document.

After the initial draft was released on Monday, conservative bishops vowed to change the language on gays.

They also said that they would alter the language on cohabitation and re-marriage, saying it had created confusion among the faithful and threatened to undermine the traditional family. 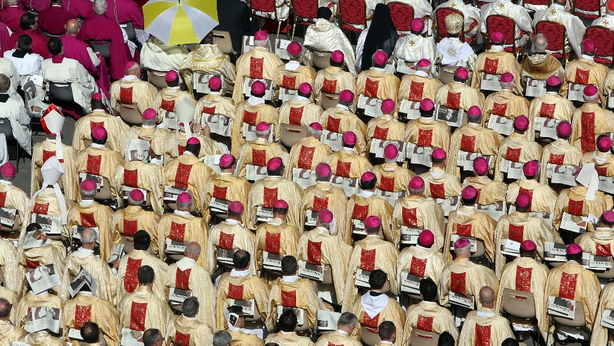 The two-paragraph section of the final document dealing with homosexuals was titled "Pastoral attention towards persons with homosexual orientations".

The previous, three-paragraph version had been called "Welcoming homosexuals."

The earlier version spoke of "accepting and valuing their (homosexuals') sexual orientations" and giving gays "a welcoming home".

The final version however, eliminated those phrases and most of the other language that church progressives and gay rights groups had hailed as a breakthrough.

The new version used more vague, general language, repeating earlier church statements that gays "should be welcomed with respect and sensitivity" and that discrimination against gays "is to be avoided".

Francis De Bernardo, Executive Director of New Ways Ministry, a Catholic gay rights group in the United States, said it was "very disappointing that the synod's final report did not retain the gracious welcome to lesbian and gay people that the draft of the report included".

"Instead, the bishops have taken a narrow view of pastoral care by defining it simply as opposition to marriage for same-gender couples," he said.

The earlier version said the church should acknowledge that couples in same-sex relations offered "mutual aid" and "precious support" for each other in times of difficulty.

Voting counts released by the Vatican showed that controversial articles, including the final version of one of the two on gays, failed to get the two-thirds majority needed for a consensus.

This indicated that progressive bishops may have voted against them because they felt the language had become too restrictive or watered down.

The Irish Gay and Lesbian Equality Network has criticised the rejection by bishops of proposals for wider acceptance of gay people.

GLEN director Brian Sheehan said: "It's disappointing that a majority of bishops at the synod didn't follow the Pope's leadership and seek to include lesbian and gay people within the Catholic Church.

“Elements within the church are out of step in the laity. The reality is that there's been a huge positive change in attitudes over the last 20 years to lesbian and gay people,” he said.

“And Irish people, the majority of whom are Catholics, warmly embrace their lesbian and gay family members and friends and their loving relationships. It's a missed opportunity that the church didn't seek to reflect that reality,” Mr Sheehan added.

Meanwhile, Pope Francis has described the synod as "a great experience" in which cardinals, bishops and lay people have worked well together and have felt the guiding power of the Holy Spirit.

The Pontiff also told tens of thousands of mass goers in Saint Peter's Square that "the Church is called to waste no time in seeking to bind up open wounds and to rekindle hope in the many people who are despairing".

During the mass, Francis also beatified Pope Paul VI, who led the church through one of its most turbulent times half a century ago, as over 2,000 bishops met in Rome to review its place in the modern world. 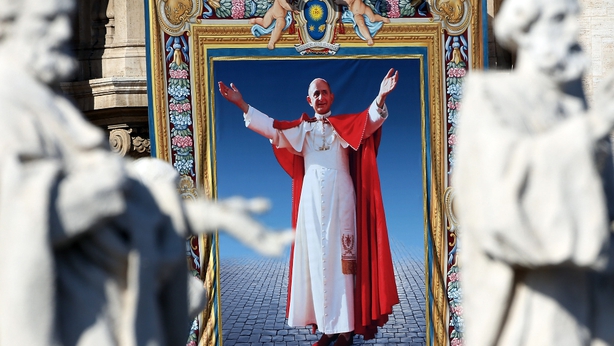 Pope Francis reminded worshipers that Pope Paul had told the first Synod of Bishops that they were "making every effort to adapt the Church's ways and methods to the growing needs of their time and the changing conditions of society by carefully surveying the signs of the times".

Following the beatification, Pope Paul VI is one step away from sainthood. 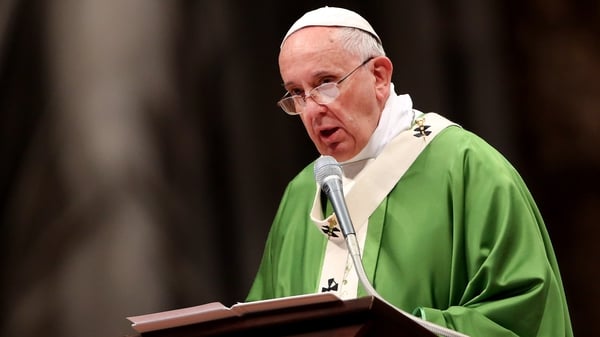