Former minister for justice Alan Shatter has called for the resignations of the members of Garda Síochána Ombudsman Commission.

Mr Shatter asked his successor Frances Fitzgerald in the Dáil today about GSOC's investigation into an alleged leak of confidential information.

He accused GSOC of seeking to cover up and keeping secret a disturbing level of incompetence.

Mr Shatter said it is "unacceptable and contrary to the public interest" that the current GSOC commissioners remain in place and these matters are left unresolved, in particular given that GSOC is due to get more powers in new legislation.

In October 2013, GSOC commenced what the Cooke Report said was a premature investigation of surveillance of its offices.

Mr Shatter said GSOC commissioners had an obligation to inform him as minister and the garda commissioner of this investigation, but they did not do so.

He said given their behaviour it was not tenable that the current three Commissioners remain in office.

Mr Shatter's handling of allegations that the GSOC headquarters might have been bugged played a part in his resignation as minister in May.

The Cooke Report looked at alleged bugging at GSOC offices.

The report by retired Judge John Cooke found no evidence of surveillance, a conclusion that Mr Shatter feels vindicated his stance as minister.

Mr Shatter claimed that what he called the confused narrative and vague innuendo that had characterised their approach had prolonged the controversy.

In response, Ms Fitzgerald said there had been a leak from the bugging investigation even if no bug was found.

Nonetheless, she said she would urge GSOC to see if it would be possible to publish a redacted version of the report into the leak.

GSOC has declined to comment tonight on the statement from Mr Shatter.

Mr Shatter resigned from office in May following the Guerin Report into allegations made by Garda Sergeant Maurice McCabe.

The report was critical of a number of agencies, including the Department of Justice. 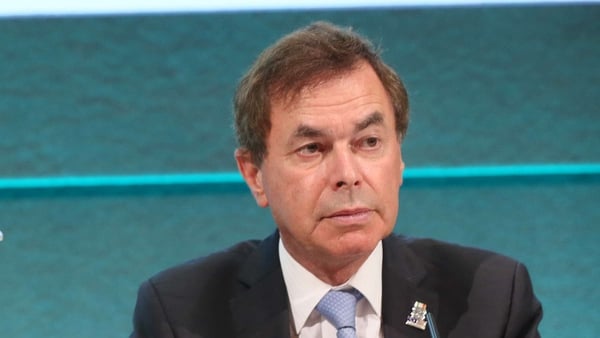