The European Space Agency has announced the spot on a comet in deep space where in November it will attempt the first-ever landing on one of these ancient wanderers of the solar system.

The landing site is one of five that the ESA shortlisted after its Rosetta spacecraft met up with Comet 67P/Churyumov-Gerasimenko in August, following a marathon chase.

"The comet is a beautiful but dramatic world - it is scientifically exciting, but its shape makes it operationally challenging," said Stephan Ulamec, in charge of the landing.

Rosetta is scheduled to let down a robot lab called Philae on 11 November to carry out experiments on the comet's surface.

Scientists hope the experiments will shed light on the origins of these icy bodies - enigmatic voyagers born along with the solar system itself.

The 100kg lab will use harpoons to anchor itself and then drive screws into the surface for better grip.

Its experiments will include drilling up to 30cms into the comet to extract pristine material for onboard chemical analysis.

Mission scientists had scrutinised five potential sites, named A, B, C, I and J, vetting each for the scientific return they offered, landing risks and the amount of light from the Sun for Philae's solar cells. 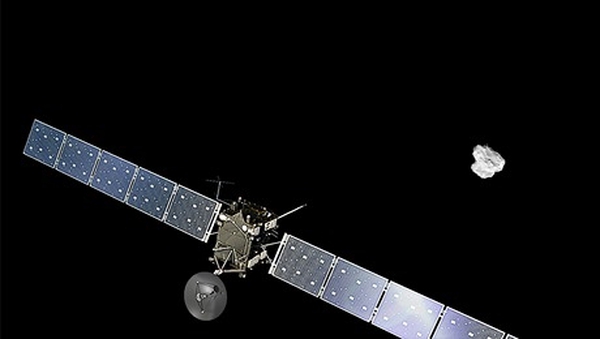