European spacecraft Rosetta has become the first ever to catch up with a comet, a landmark stage in a decade-long space mission that scientists hope will help unlock some of the secrets of the solar system.

Rosetta, launched by the European Space Agency (ESA) in 2004, will accompany comet 67P/Churyumov-Gerasimenko on its trip around the sun.

It is also scheduled to land a probe on it later this year in an unprecedented manoeuvre.

Scientists are now on a tight schedule to learn enough about the comet using data from Rosetta to safely land the spacecraft's probe on it in November.

"We know what the comet's shape is. But we haven't really measured its gravity, we don't know yet where the centre of mass is," Rosetta Flight Director Andrea Accomazzo said.

As it neared 67P this year, Rosetta took pictures revealing that it is not shaped, as had been assumed, like a rugby ball, but rather comprises two segments connected by a neck, giving it an asymmetrical shape that has been likened to a duck.

Scientists hope data the probe gathers on the surface of the comet will allow them to peek into a kind of astronomical time capsule that has preserved for millions of years clues about what the world looked like when our solar system was born.

It has taken Rosetta ten years, five months and four days to reach the comet, a roughly 3-by-5km rock discovered in 1969.

On its way, the spacecraft circled the sun on a widening spiral course, swinging past Earth and Mars to pick up speed and adjust its trajectory.

The mission performs several historical firsts, including the first time a spacecraft orbits a comet rather than just whizzing past to snap some fly-by pictures, and the first time a probe has landed on a comet. 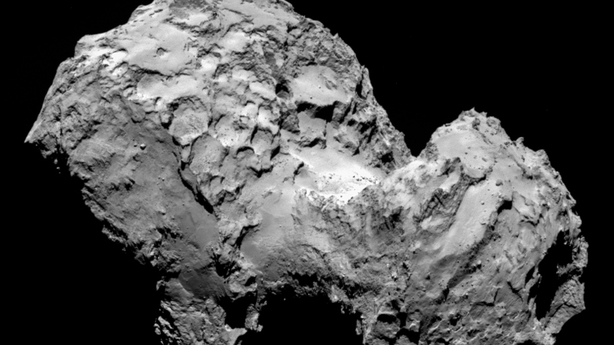 Because the trip is so long and took Rosetta so far from the sun's solar rays, the spacecraft was put in a deep sleep for 31 months and woken up earlier this year.

There is little flexibility in Rosetta's schedule this year.

The comet is still hurtling toward the inner Solar System at almost 55,000km/h, and the closer it gets to the sun the more active it will become, emitting gases that can make it difficult to predict the trajectory of Rosetta and its probe.

"We have a lot of time pressure to produce engineering models of a world that we don't know yet," said Accomazzo, based at the ESA's satellite operations in the German town of Darmstadt, south of Frankfurt, who has been working on the Rosetta mission since 1997.

Ireland, as a member of the European Space Agency, has contributed to the project in a number of ways, including financially.

A number of Irish companies, including Space Technology Ireland and Captec, have built parts of the craft.

Irish scientists are also involved in the research and control aspects of the mission. 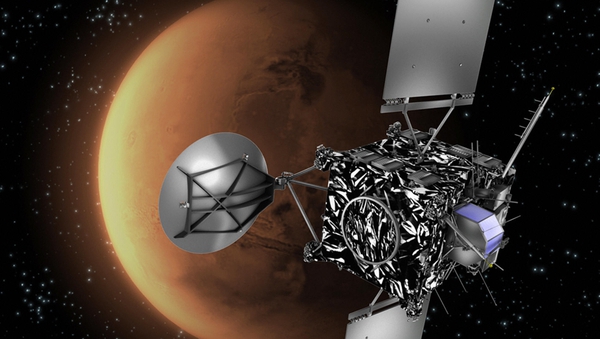