A small party of US troops was flown onto Mount Sinjar in northern Iraq today, to assess the situation of thousands of civilian refugees besieged by Islamist militants, the Pentagon said.

A US military official, said that the special forces soldiers had returned safely to base.

"They had contacts with the refugees. They went back to Irbil," he said.

The US has a consulate and other facilities in Irbil, the capital of Iraq's autonomous Kurdish region.

"In order to respond to the urgent need expressed by the Kurdistan regional authorities, the president has decided, in agreement with Baghdad, to deliver arms in the coming hours," Mr Hollande's office said in a statement.

"France intends to play an active role by providing, along with its partners and in liaison with the new Iraqi authorities, all the assistance required."

France provided 18 tonnes of humanitarian aid at the weekend and a new shipment of 20 tonnes of aid arrived in northern Iraq today.

Thousands of members of minority groups, including Yazidis and Christians, continue to face a major threat from the IS jihadist group amid a worsening humanitarian situation.

British Prime Minister David Cameron said "detailed plans are now being put in place" for an international mission to rescue the stranded Yazidis.

"Britain will play a role in delivering it," he said, after returning from holiday to chair an emergency committee to discuss the crisis.

European Union foreign ministers are to hold an emergency meeting in Brussels on Friday to discuss the crisis in Iraq.

A spokesperson said that the decision to hold the meeting was taken by EU foreign policy chief, Catherine Ashton.

Meanwhile, Iraqi Prime Minister Nuri al-Maliki has said it will take a court ruling for him to leave power, defying the president's decision to task a rival with forming a government.

"I confirm that the government will continue and there will not be a replacement for it without a decision from the federal court," Mr Maliki said in his televised weekly address.

The two-term prime minister has accused President Fuad Masum of violating the constitution by approving the nomination of Haidar al-Abadi, a member of his Dawa party, to form a government, and vowed he would sue.

But the prospects of Mr Maliki, who said in 2011 that he would not seek a third term, succeeding in his quest to cling to office appear dim.

Whatever ruling the court might deliver, analysts say Mr Maliki has lost too much support to stay in power.

International backing has meanwhile poured in for Mr Abadi, including from both the US and Iran, the two main foreign power-brokers in Iraq. 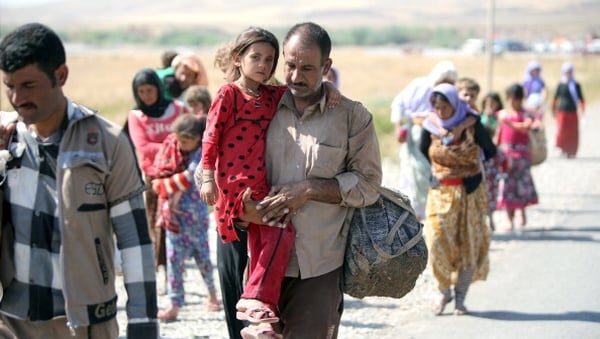