The family of an 18-year-old Dublin man imprisoned in Egypt for over ten months has asked the Government to do everything possible to secure his release before he faces trial with almost 500 others in over two weeks' time.

Ibrahim Halawa was arrested last summer, along with three of his sisters, during the protests over the ousting of then president Mohammed Morsi.

His sisters were released on bail and came home to Dublin but despite Government representation in Cairo and Europe their brother has remained in prison.

On 16 July, Mr Halawa faces a mass trial with 483 others - including his three sisters who are due to be tried in absentia.

Speaking to RTÉ News, Nosayba Halawa said her brother's solicitor has not yet had access to the case papers with just 16 days to go.

She added that one solicitor would likely speak for all defendants on the day of the trial.

Another sister, Omaima, said the conditions in the prison where her brother is being held were very poor.

Minister of State at the Department of Foreign Affairs Joe Costello said everything that could possibly be done in terms of representation had been done by the Irish authorities.

He said representation has been made in Egypt and at EU level.  However he added "we cannot get involved directly in judicial proceedings."

Mr Costello pointed out that while in Qatar three weeks ago he had been approached to make representation on behalf of three Al-Jazera journalists.

Despite this representation and the intervention of US Secretary of State John Kerry, they received lengthy sentences.

The Halawa family believe their brother cannot receive a fair trial on 16 July and are asking the Government to do more to secure his release before that date. 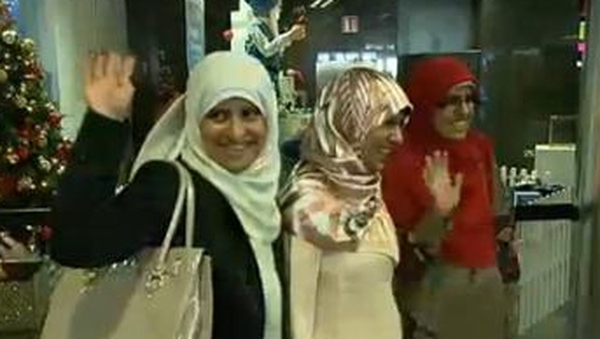