The Chief Executive of Tusla, the child and family agency, has said records for the mother-and-baby homes in Tuam, Bessborough in Cork, and St Patrick's on the Navan Road in Dublin have been transferred to the agency.

Gordon Jeyes told RTÉ's News At One there are nine registers dating between 1921 and 1961 as well as quarterly returns that went to county councils that date back to 1919.

He said there is no difficulty in making these available to the cross-departmental investigation due to be established by Minister for Children Charlie Flanagan.

Mr Jeyes said it is his understanding that Tusla is in possession of all the available records.

He said some of the publicity surrounding these events is unfortunate in terms of the way it has been misreported, causing distress.

Mr Jeyes said that Tusla plans to digitise them and make them accessible to the individuals concerned, any relevant inquiry and to social historians to provide an accurate knowledge about Ireland in the past.

He said this is private data, which is being held in trust on behalf of individuals.

However, his agency is seeking to strengthen the information available to the Department of Justice and the Minister for Children.

He said it is important to get the balance right between privacy and making sure information is available.

The co-founder of the Adoption Rights Alliance, Susan Lohan, has said that she has yet to meet a mother who entered a mother-and-baby home and left it with her baby.

Speaking on RTÉ's Six One News Ms Lohan said the aim of the aim of state policy formulated in the 1920s to deal with 'problem' of illegitimate births and unmarried mothers was to contain these women in institutions away from society.

Ms Lohan said she has heard women being 'sprung' by their relatives or on rare occasions they might have escaped.

However, the norm was was that mothers were forced to sign surrender papers, giving up their parental rights and the Mother Superior then assumed parental rights over these children.

She said it is quite obvious that mothers who subsequently made efforts to track down these children were routinely lied to.

The Adoption Rights Alliance has admissions from certain registered adoption agencies that they routinely lied to people searching for their children, particularly when those children had been trafficked to the US because this activity was illegal.

Earlier, Minister for Education Ruairi Quinn said he broadly supports calls for a full inquiry into all mother-and-baby homes.

Yesterday, the Catholic Archbishop of Dublin, Dr Diarmuid Martin, called for an independent commission of investigation with judicial powers.

He said the truth of what happened in all the homes must come out.

Speaking on RTÉ's Morning Ireland, Mr Quinn today said that Mr Flanagan will have to report to Cabinet on how to proceed.

Mr Quinn said he expected there would be some sort of inquiry but that the precise nature and structure needs to be decided.

He said: "These things need to be looked at in the context of their time.

"This is not the same as abuse that was done in residential institutions."

The minister also said some of the international reporting on the story was misleading and sensationalist; particularly on the home in Tuam where over 800 children died between 1925 and 1961.

"I think that the facts should be brought together in a coherent form because some of the headlines that went abroad internationally were quite horrendous and gave a very mistaken impression of what actually happened."

Meanwhile, National Archives of Ireland Head of Special Projects Catriona Crowe said that all records from all former mother-and-child homes in the State must be retrieved as a first step in any inquiry.

While the records were the private property of the religious orders that ran the homes, and the National Archives had no powers to access them, she said there should be a sea change in the attitude of the orders to disclosure.

Speaking on the same programme, she said only two or three congregations were involved.

They should be asked to disclose what records they have and in what condition the information is, she said.

She said she was aware that the Health Service Executive had at least one set of records and possibly more.

Historians should also be involved in assessing any records, she added.

Meanwhile, Ian Elliott, a former Chief Executive of the Catholic Church's National Board for Safeguarding Children, has said he would be very interested in taking part in any investigation into the homes.

Archbishop Martin yesterday said that Mr Elliott should be involved in any eventual investigation.

Contacted by RTÉ's Morning Ireland, Mr Elliott said it was a matter of such public importance that there should be an inquiry into how the homes were operated and managed.

He also reiterated Archbishop Martin's call for adoption practices to be part of any eventual inquiry.

On Tuam, he said it is a matter of public record that mortality rates within the homes were markedly higher than in the broader community.

It was important to know why that was the case, he added.

Meanwhile, a UCD Historian who gained access to Dublin diocesan archives has said records show that staff at St Patrick's Guild in Dublin were addressing death rates of babies in their care in the 1940s.

Speaking on RTÉ's Today with Sean O'Rourke, Dr Conor Mulvagh said St Patrick's Guild, then based at Middle Abbey Street in Dublin, sought the help of UCD, Trinity College Dublin and the Royal College of Surgeons in Ireland to address disproportionate mortality rates for babies at the institution in the mid-to-late 1940s.

He added many expectant mothers were treated for syphilis as a result and these women went on to deliver healthy babies. 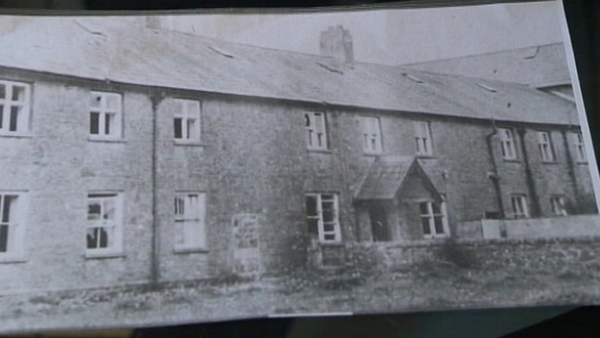