The Catholic Archbishop of Dublin, Dr Diarmuid Martin, has called for an independent commission of investigation with judicial powers into all mother-and-baby homes.

His comments come after reports of a mass grave of infants and children found in the grounds of a convent run by the Bon Secours order of nuns in Tuam, Co Galway.

The Government has established an initial inquiry, the results of which will determine the nature of a more thorough investigation.

In an interview with RTÉ's This Week, the Archbishop said the issue of adoption should also be included in any inquiry.

Any investigation should be independent of Church and State, he said.

He said: "The indications are that if something happened in Tuam it probably happened in other mother-and-baby homes around the country.

"That's why I believe we need a full-bodied investigation.

"There's no point investigating just what happened in Tuam and then next year finding out more.

"We have to look at the whole culture of mother baby homes; they're talking about medical experiments there."

"They're very complicated and very sensitive issues, but the only way we will come out of this particular period of our history is when the truth comes out," he added.

Dr Martin suggested that Ian Elliott, who he said was a very strong person in the investigation of clerical child sexual abuse, would be the calibre of person needed to lead any investigation.

Meanwhile, Sinn Féin has said it will use its Dáil time this week to address the issue.

The party's health and children spokesperson Caoimhghín Ó Caoláin called on the Government to initiate a fully independent judicial inquiry into what he called "this latest shameful episode involving a religious order and the failure of the State in its duty of care to its most vulnerable and defenceless citizens".

He said the inquiry needs to look at the care in the homes, infant mortality rates and the burial of children in unmarked graves.

Elsewhere, RTÉ has learnt that the site of the controversial former mother and baby home in Tuam was developed for housing before the reported discovery by two boys in 1975 of human remains in a sealed shaft.

Toni Maguire, a specialist in child burials, has said that any inquiry will need to test the  assumption that the bodies the boys saw were those of children and babies who had died between 1926 and 1961 when the mother-and-baby home was operating at the site.

Ms Maguire said investigators will have to try to establish what was done during the housing development work with human remains that are known from official documents to have been buried on the site during the Great Famine.

She said the question needs to be asked could the two boys have discovered fatalities from famine times.

The archaeologist and anthropologist said these lines of inquiry do not detract from the well-established fact that 796 babies died in the Tuam Mother and Baby Home and where they were buried has to be investigated.

In 2002 a local historian Maurice Laheen discovered documents showing that in 1847 the authorities in the town objected to the practice of  burying the dead within 90 feet of the fever sheds at the Workhouse.

His Fás-funded research found that this led to the opening of two burial plots outside the grounds. 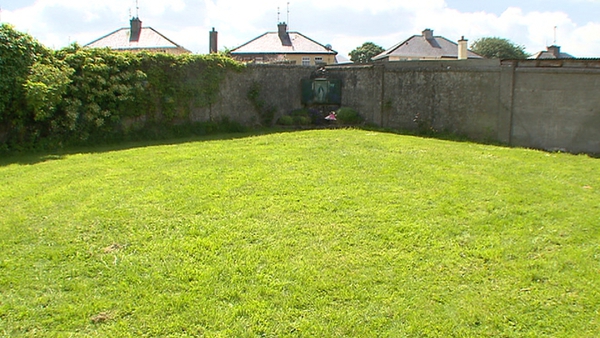