A private engineering company has carried out a subsurface radar examination of the site at the former Bons Secours mother-and-baby home in Tuam, Co Galway.

The examination follows reports of an unmarked mass grave at the former Catholic church-run home, where almost 800 children died between 1925 and 1961.

TST Engineering was commissioned to do the work by the Irish Mail on Sunday.

The examination has been completed and a company spokesperson told RTÉ the results will be known within a few days.

In a statement, the Irish Mail on Sunday confirmed the Ground Penetrating Radar analysis was conducted by TST Engineering.

"Following consultation and ongoing co-operation with local historian Catherine Corless and the Children's Home Graveyard Committee, the Irish Mail on Sunday commissioned a survey of the site of the alleged mass grave at the site of the former Tuam mother and baby home at the Dublin Road housing estate.

"The results will be analysed, and published in this Sunday's edition of the Irish Mail on Sunday."

The newspaper said the results will also be "presented in full to the Committee, and made available in full to the Minister for Children if and when a state inquiry into the site is established."

Meanwhile, gardaí have said they will provide any information and assistance they can to the Government's interdepartmental group set up to investigate the issue.

In a statement this evening Garda Headquarters said gardaí were "feeding into the process".

Ms Fitzgerald said the Department of Justice has been liaising with gardaí so the information available to them can feed into the interdepartmental process under way to examine the issue.

Ms Fitzgerald said decisions about criminal investigations "fall to be considered" by gardaí.

"Consideration will be given by Government on how best to proceed in the interests of all those who were affected by extremely disturbing events", she said.

President Michael D Higgins has said he was "appalled" at the terrible reports that have been appearing about the high death rates in mother-and-baby homes particularly in Tuam.

President Higgins said the structure of the inquiry into these deaths is a matter for Government.

However, he stressed the quicker the inquiry is carried out and questions are answered comprehensively the better it will be both for our own understanding and the understanding of those abroad.

"My first reaction was one of enormous sadness. These are children who while they were alive had rights, the rights to protection, and who, if dead, had the right to be looked after with dignity.

"Time doesn't remove any of those rights but I think now what is important is that all of the questions that are provoked by this are answered and that they are answered adequately with the assistance of science and forensics.

Adoption rights advocate Susan Lohan has said the Government is lagging behind the church and public opinion in relation to the discovery of the mass grave.

Speaking on RTÉ's News At One, Ms Lohan, who is director of the Adoption Rights Alliance, suggested that a criminal investigation should take place.

She said it was inconceivable that anything but a criminal inquiry would be launched into the discovery of the grave.

Earlier, Amnesty International joined calls for an investigation into the deaths at St Mary's.

The human rights organisation said the investigation must consider whether ill-treatment, neglect or other abuses were factors in the deaths.

The Government is gathering information through an inter-departmental group to decide how to proceed on the case.

Yesterday, Taoiseach Enda Kenny said he wants to know exactly what the scale of the situation in Tuam is and whether there are similar mass graves at other sites around the country.

Mr Kenny said he asked Minister for Children Charlie Flanagan to draw together a number of officials to see what was involved and whether it was an isolated incident.

He said a decision would then be taken in terms of what was the best thing to do to deal with "yet another element of our country's past".

He said he understood the situation had been known about since 1972 and there were Dáil records relating to inspections dating back to the 1930s.

Asked whether he thought there should be an independent investigation, he said Mr Flanagan would keep him informed as to what would be the best structure to put in place to look at it.

Today the Sisters of the Sacred Hearts of Jesus and Mary, which ran some of the country's biggest mother-and-baby homes, said they would be happy to participate in any independent inquiry into the running of the homes.

The congregation ran homes at Bessborough in Cork, at Castlepollard in Co Meath and at Roscrea in Co Tipperary.

The home at Bessborough was closed temporarily in the 1950s by the then Chief Medical Officer of the Department of Health, Dr James Deeny, following concerns about high death rates there. 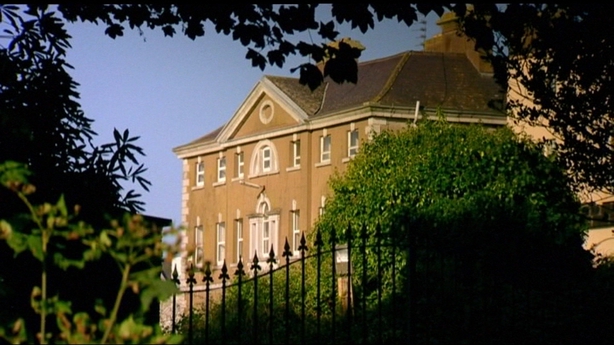 In his book, 'To Cure and To Care - Memoirs of a Chief Medical Officer', published in 1989, Dr Deeny said the deaths had been going on for years.

Despite this, he said, nothing was done about the high death rate and it appeared the situation was accepted.

In a statement to RTÉ News, the Sisters of the Sacred Hearts of Jesus and Mary said they would welcome the establishment of an independent inquiry into "this very sad chapter in the history of Irish society".

Meanwhile, the Bon Secours Sisters welcomed the Government's announcement of an investigation into what happened at the home in Co Galway, which they ran for 36 years.

The bodies of hundreds of children and babies born to unmarried mothers were buried in unmarked graves at the home between 1925 and 1961.

In a statement, the Bon Secours Sisters said they were shocked and deeply saddened by recent reports about St Mary's Home.

They said when the home was closed all records were returned to the local authority, and would now be held by the HSE in Co Galway.

The sisters said they were committed to engaging with researcher Catherine Corless and the Graveyard Committee in Tuam, which assisted her in exposing the 796 deaths of children in the home.

They also said they would engage with them together with local residents as constructively as possible on the current initiative to erect a plaque and refurbish the entrance to the grave site.

A spokesperson for the Bon Secours Sisters said members of the order would certainly take part in any investigation about the home.