Pope Francis called for fresh peace talks on Syria, urging all sides to swap arms for negotiations, and asked the international community to aid those fleeing the bloodshed.

"May all parties abandon the attempt to resolve issues by the use of arms and return to negotiations," he said as he met Syrian refugees in Jordan on the first day of a to the Middle East.

The pontiff said the three-year civil war would only be brought to an end "through dialogue and restraint... through the search for a political solution."

He called on the world to assist Jordan in giving safe haven to the refugees, around 600,000 of whom have sought shelter in the kingdom.

"I urge the international community not to leave Jordan alone in the task of meeting the humanitarian emergency caused by the arrival of so great a number of refugees," he said.

In an unscripted message at the end of his speech, Francis railed against those fuelling conflict in the region, saying he would "convert the violent, those who have designs for war, those who manufacture and sell weapons."

Francis also urged respect for religious freedom in the region and an end to the persecution of Christians.

"Religious freedom is in fact a fundamental human right and I cannot fail to express my hope that it will be upheld throughout the Middle East and the entire world", he said.

Iraq's senior Churchman, Patriarch Louis Sako, told reporters in Amman on the eve of the visit: "This is not a protocol visit."

"This pope feels the pain of Christians and his arrival at this time as peoples of this region are going through conflict, killings and destruction is a message of common living.

“It's an appeal that everyone in this region should have the courage to review their positions, to get out of this suffocating crisis," he said.

The Christian population has been declining steadily across the Middle East for generations.

In Israel and the occupied West Bank, there has also been an increase in Palestinian Christians looking to leave.

"We are waiting impatiently for a word of peace from the pope that will raise morale. People in the street are asking what message will the pope carry," Mr Sako said.

It is the first visit to the region by Pope Francis, leader of the world's 1.2 billion Roman Catholics. 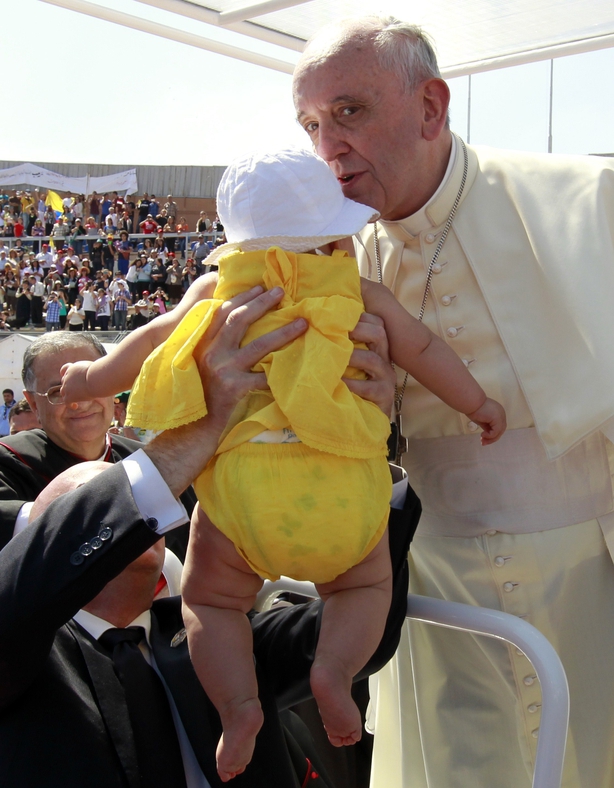 After meeting King Abdullah and saying a Mass in an Amman stadium, the pontiff will meet refugees from Syria and Iraq in Bethany on the Jordan, the place where according to tradition Jesus was baptised.

Francis flies by helicopter to Bethlehem tomorrow morning, making a six-hour visit to what the Vatican's official programme calls "the State of Palestine," a terminology Israel rejects.

In 2012, the Vatican angered Israel by supporting a vote in the United Nations General Assembly to give Palestinians de facto statehood recognition.

Israel argues such a move should only come through negotiations.

Francis is also due to visit Dheise Refugee Camp, which counts some 14,800 inhabitants and which Pope John Paul II visited in 2000, calling for an urgent solution to the plight of those made homeless after the creation of the Jewish state in 1948.

Another site the pope will visit is the Yad Vashem memorial to the six million Jews massacred in the Nazi genocide.

A trip there is a permanent fixture on the schedule of every visiting dignitary and official. 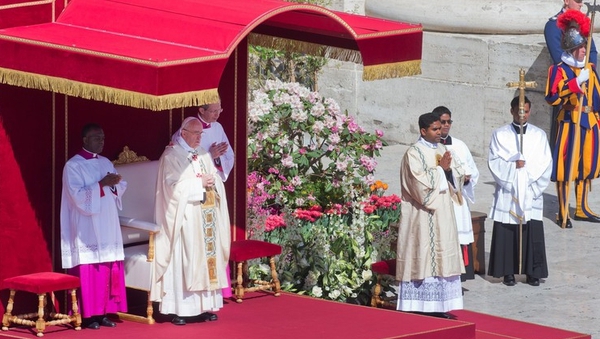 Pope prays for end to war during Easter mass