Mr Jonathan said their rescue would mark "the beginning of the end of terrorism" in the country.

He was speaking at the World Economic Forum being hosted in the capital, Abuja.

The president also thanked foreign nations, including the United States, Britain, France and China, for their support in trying to rescue the girls.

They were kidnapped by Islamist extremist group Boko Haram from a secondary school on 14 April.

Pakistani schoolgirl Malala Yousafzai, who survived being shot in the head by the Taliban, said she sees the kidnapped schoolgirls as her sisters.

Speaking on CNN, Malala said Boko Haram does not understand Islam and has not studied the Koran.

"They are actually misusing the name of Islam because they have forgotten that the word Islam means 'peace'," Malala said.

Malala was shot by a Taliban gunman in 2012 over her outspoken views on education for girls in her home region of northwest Pakistan.

"How can one imprison his own sisters and treat them in such a bad way?" she said, referring to the group's threats to sell the girls into slavery.

Several countries have offered their help to Nigeria to find the girls, whose abduction has prompted an international outcry.

US First Lady Michelle Obama expressed sympathy for the schoolgirls in a personal message on Twitter.

Our prayers are with the missing Nigerian girls and their families. It's time to #BringBackOurGirls. -mo pic.twitter.com/glDKDotJRt

The message was retweeted more than 8,500 times in just a few hours.

The US has sent experts including from the military in the hunt for the girls. 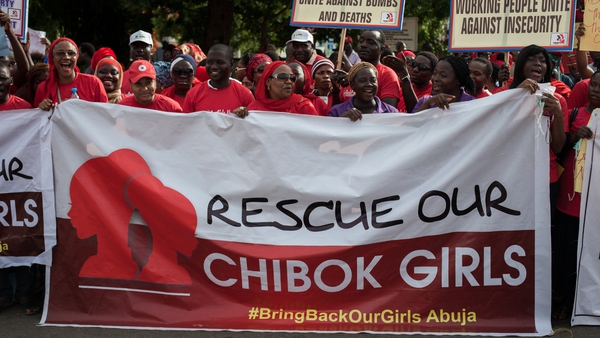