Mr Callinan said if anyone had any information to the contrary he would be very interested in hearing from them.

Minister for Justice Alan Shatter moved to defuse the stand-off with the Garda Síochána Ombudsman Commission over the alleged bugging affair by expressing confidence in the three-member commission.

He ruled out the need for an independent inquiry and said he would await the outcome of GSOC's internal investigation into security breaches at their office.

Mr Shatter said that to ask the gardaí to investigate this matter would indicate a lack of confidence in the independent statutory investigative body's ability to do so.

He reiterated that there was no definitive evidence that GSOC's headquarters had been put under surveillance and said he had confidence in the commission as presently constituted.

He also said it is important that there is public trust and confidence in GSOC.

The minister said that no matter how much clarity there is over the bugging controversy, there will be some people wanting to play "silly political games".

He said he wants any uncertainties to be clarified.

GSOC issued a statement this evening saying that it had written to the Minister for Justice to address fully and clarify the issues raised by him.

It also said it has taken legal advice in relation to its internal enquiry into the unauthorised release of information from its office.

The Garda Commissioner stated directly that no garda was involved in any surveillance of the GSOC offices in Dublin or any member of the commission.

He also said that what had happened had vindicated the Garda's position in relation to the protocols and its concerns in relation to how GSOC handled confidential and sensitive information.

GSOC Chairman Simon O'Brien met the Garda Commissioner earlier this week and expressed his regret to him that GSOC suspected that such surveillance may have originated with the gardaí.

Speaking on RTÉ's Prime Time last night, Mr Shatter said the report he gave to the Dáil on the matter was based on a two-hour oral briefing from the chairman, a written briefing and a GSOC press release.

He confirmed that he sent the report to the committee and will appear before it next Wednesday.

Mr Shatter said that Mr O'Brien gave confused and contradictory information to the Oireachtas Committee on Public Service Oversight and Petitions this week and he has written to him seeking clarification.

Minister for Communications Pat Rabbitte has said it was a good thing that GSOC asserted its independence during the bugging controversy.

Mr Rabbitte said it is a very delicate balance saying on one hand we have to preserve the reputation and standing of An Garda Síochána and on the other hand we have to acknowledge the independence and role of GSOC.

He said the chairman of GSOC is not legally compelled to tell the minister and he was not at all disquieted by the assertion of independence seen over the past few days.

Speaking on RTÉ's Today with Sean O'Rourke, the minister was asked if he believed there was a serious attempt to bug the headquarters of the GSOC.

"Clearly the commissioners suspect that there was, and they're the people at the coalface and that seems to be their conviction in the matter."

He said it is important to have confidence in GSOC.

The minister also defended the Taoiseach's comments in the Dáil earlier this week.

The minister also said he would like to see GSOC have more powers, adding that there is no point in having the body unless it can do its job.

"For example you take the question of access to the PULSE system. I can't for the life of me see why the oversight body shouldn't have such powers."

Dublin South East TD and member of the Reform Alliance Lucinda Creighton said it was important that the Justice Minister makes it clear that he offers unqualified support to the Garda Síochána Ombudsman Commission.

She told RTÉ's News at One she believed it has been clear over the last number of days that the Justice Minister has been challenging the credibility of GSOC.

Ms Creighton said the Government's response to the reports of surveillance of GSOC was wrong.

She said the minister's comments in the Dáil that GSOC's allegation was the result of baseless innuendo was an extraordinary statement which was clearly incorrect.

“I do find it disturbing that there seems to be very little concern in the Department of Justice for the fact that this surveillance was being carried out in GSOC.”

Deputy Creighton said an inquiry was the only way to get to the core of the issue. 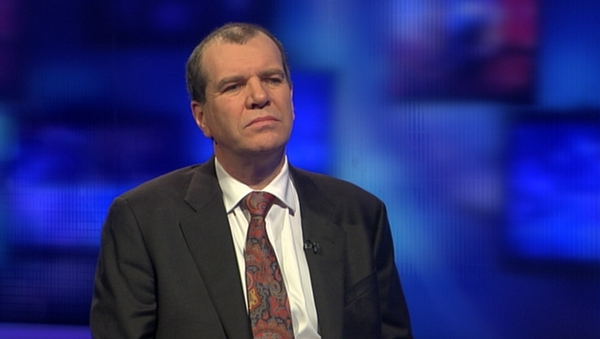