Brazil and Germany are preparing a resolution for the United Nations General Assembly that would demand an end to excessive spying and invasion of privacy.

The move follows allegations that US security services tapped the phone of the German Chancellor, Angela Merkel, and accessed tens of thousands of phone calls made by French citizens.

Germany said it would send senior intelligence officers to Washington next week to seek answers from the White House.

A delegation from the EU is planning a similar visit.

The US government has acknowledged that the allegations had led to tensions with European governments.

The revelations flow mostly from disclosures in the media relating to files taken by former US spy agency contractor and whistle-blower Edward Snowden.

These have revealed the global extent of US spying operations, including targeting close allies like Germany.

US State Department spokeswoman Jen Psaki claimed the revelations had created a public distraction, but she acknowledged that they have "posed a moment of tension" with America's allies.

Ms Psaki also said the US will now review the way in which it gathers intelligence and that a working group would assess what changes might be made. 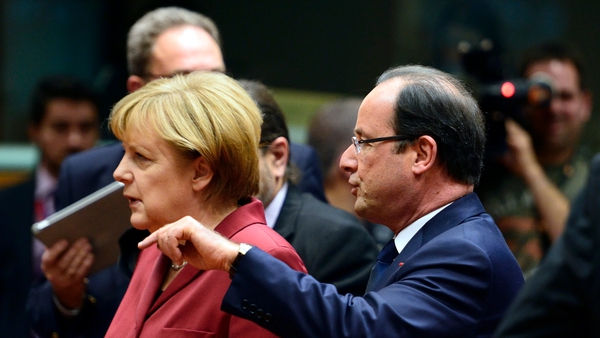