Three people arrested in connection with last weekend's attack on a Nairobi shopping centre have been released.

Kenyan authorities continue to question eight people in connection with the attack by Islamist militants in which 67 civilians and soldiers were killed.

Somali group al-Shabaab, which claimed responsibility for the attack, has suggested it would be followed by other actions by its "warriors".

Interior Minister Joseph Ole Lenku said the eight suspects were being held under anti-terrorism laws meaning they could be held "for longer periods before being arraigned in court," although he did not give details.

He said investigators are trying to determine the identity of the attackers and were searching through the rubble of the mall where three floors collapsed after a series of blasts and a huge fire.

Mr Ole Lenku told a news briefing they were making "good progress" in the investigation.

The interior minister also said there were no formal reports of people still missing since the attack. The Kenyan Red Cross has previously said dozens were still missing.

Meanwhile, a top Kenyan military official has played down reports of a build up of Kenyan forces near the Somali border.

"We have soldiers coming out of Somalia and soldiers going in, as part of the same contingent the country is contributing to AMISOM," he said, using the African Union force's acronym.

Kenyan soldiers, with other African troops in an African Union force, have driven al-Shabaab out of the Somali capital Mogadishu and other urban areas but the group controls swathes of countryside.

Al-Shabaab said it launched the Nairobi attack to demand that Kenya withdraw its troops from Somalia.

Kenyan forces were deployed in 2011 to strike at the group which the government blames for attacks and kidnappings in Kenya's northern area and coastline.

President Uhuru Kenyatta has said Kenya will not withdraw.

The attack on Westgate mall confirmed Western and regional fears about al-Shabaab's ability to strike beyond Somalia's borders.

It has also dented Kenya's vital tourism industry, however, finance minister Henry Rotich, said economic growth in 2013 would still be 5.5% to 6% and plans to issue the nation's debut Eurobond would go ahead in the financial year ending in June 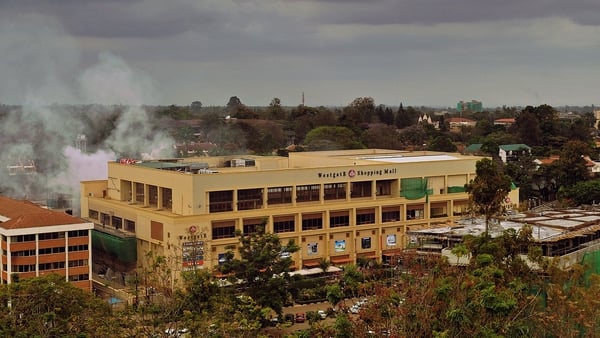