A year-long study of Irish emigration has found clear evidence that a disproportionate number of highly-educated young people are leaving the country, with rural Ireland affected most.

62% of recent emigrants have a tertiary qualification of three years or more.

The study was conducted by researchers from UCC's Institute for Social Science in the 21st Century and the college's Department of Geography.

The team conducted 2,400 door-to-door interviews for the study and collected data from 1,500 emigrants.

They have described it as the most in-depth survey of Irish emigration ever undertaken.

The study found that rural Ireland is worst-affected by emigration, with one in four households seeing someone leave since 2006.

Emigration levels are now four times as high as they were just seven years ago.

However, almost half of those emigrating left full-time jobs to emigrate. Less than a quarter were unemployed before leaving.

One of the authors of the report has said that Ireland is experiencing levels of emigration that are "not normal" compared to other bailout countries.

Dr Piaras MacÉinrí, a lecturer in Migration Studies in UCC, said that the Spanish and Greeks, who were experiencing the same and worse levels of austerity, were not emigrating in anything like the numbers of the Irish.

Taoiseach Enda Kenny has said he is "very concerned" about the figures revealing qualified people in employment are emigrating.

However, he said there are now signs of recovery in the jobs market.

Minister of State at the Department of Finance Brian Hayes said the study proved that taxes must be kept low.

Mr Hayes said that if you "continually tax the hell out of people they won't hang around. They will move".

He said labour is mobile and the key message is that taxes on work must be kept as low as possible to create incentives to stay in this country.

Minister for Jobs, Enterprise and Innovation Richard Bruton said emigration is too high, but the Government is pursuing an enterprise strategy. 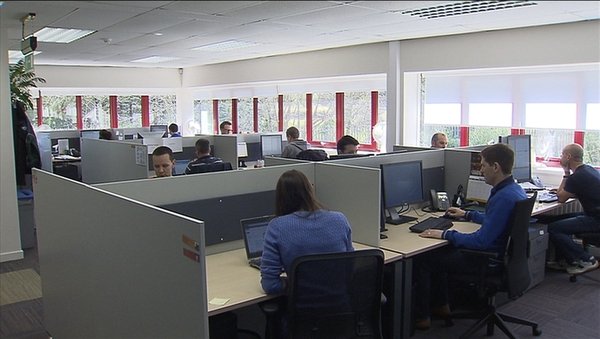 1.8% increase in employment in year to June - CSO