The number of people in work went up by 9,600 between March and June, according to the Central Statistics Office.

In the year to June, the number of people in employment has risen by 33,800.

During the second quarter employment increased by 9,600, seasonally adjusted.

This follows an increase in employment of 9,000 in the first quarter of the year.

There was an increase of 21,600 in the number of people in full-time employment - the first such increase since the first quarter of 2008.

The number of unemployed has fallen by 22,200 over the same period, leaving 300,700 people unemployed.

The seasonally adjusted unemployment rate is 13.7%. 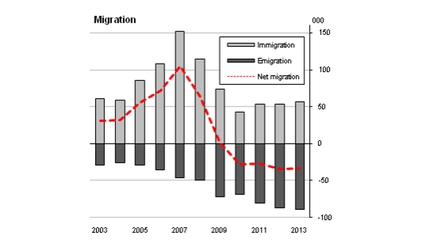 Emigration in the year to April 2013 has stayed broadly unchanged, with a net outward migration of 33,100.

However, the main driver of outward migration is now Irish nationals.

However, the number of foreign nationals changed from a net outflow of 8,406 to a net inflow of 2,100. 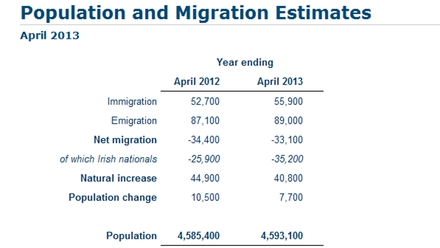