Archbishop of Dublin Diarmuid Martin has said Pope Francis is a man who had opened his soul on a wide range of issues.

Speaking on RTÉ's Morning Ireland, Archbishop Martin said the Pope was dealing with the challenges facing the Catholic Church.

His comments came after Pope Francis said the church must shake off an obsession with teachings on abortion, contraception and homosexuality.

He said it needs to become more merciful or risk the collapse of its entire moral edifice "like a house of cards".

In a blunt interview with an Italian Jesuit journal, the Pope said the church had "locked itself up in small things, in small-minded rules" and should not be so prone to condemn.

He said Pope Francis was seeking to find a middle way and was speaking from the heart as a man of deep faith.

Archbishop Martin said he was surprised by the length of the interview, given that popes had never been expected to think out loud in the past.

On Pope Francis saying he had been reprimanded, he said he was demonstrating a way of thinking that would be very hard for those on the right and on the left to accept.

Archbishop Martin said he found what Pope Francis was saying very challenging, because it takes us out of the categories from where we were coming from.

He said he hoped that the problems and tension in the church in Ireland would be eased so that it could get away from a climate of bickering. 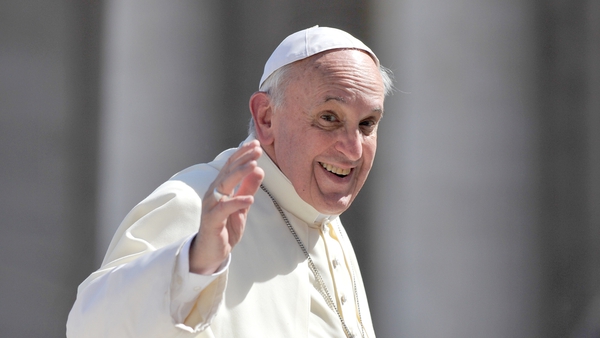