Pope Francis has said the Catholic Church has grown obsessed with preaching about abortion, gay marriage and contraception.

He said that he has chosen not to speak about those issues despite recriminations from some critics.

In his most extensive interview since his election last March, the Argentinean Pontiff told the Civilta Cattolica magazine that the church should be a "home for all".

He said it should not be a "small chapel" focused on doctrine, orthodoxy and a limited agenda of moral teachings.

He said the church had to find a new balance, warning that otherwise the moral edifice of the church is likely to fall like a house of cards, losing what he called "the freshness and fragrance of the gospel".

The pro-reform church group Catholics for Choice has welcomed the Pope's comments.

Its president, Jon O'Brien, said the Pontiff's message resonates with many Catholics because it reflects their personal experiences.

He said: "Catholics are gay and lesbian, use birth control and abortions".

In a statement issued in Washington DC, Mr O'Brien expressed the hope that, as he put it, "this is just the start" and that Pope Francis does not only "talk the talk", but also "walks the walk".

He said his organisation hopes that Pope Francis takes steps to ensure that his more open view of how the church should deal with people trickles down to his brother bishops around the world who oversee many hospitals and medical centres.

Mr O'Brien also urged the Pope to move immediately to alter the Vatican's approach at the United Nations, where he accused it of "continuing to take extreme positions against contraception, abortion and sexual and reproductive rights" with a resultant "very negative impact on the lives of Catholics and non-Catholics throughout the world".

Catholics for Choice says it "shapes and advances sexual and reproductive ethics that are based on justice, reflect a commitment to women's well-being and respect and affirm the capacity of women and men to make moral decisions about their lives". 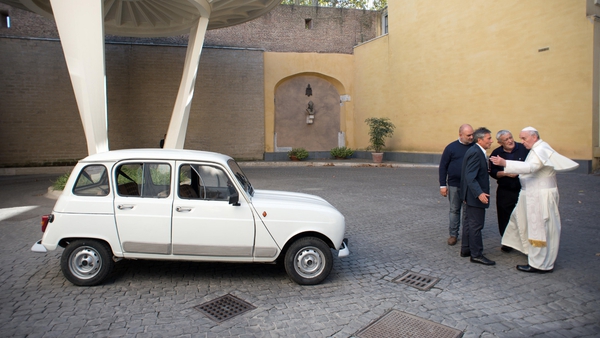