The Ombudsman has called for urgent reform of arrangements for asylum seekers in Ireland.

Emily O'Reilly said that two-thirds of asylum seekers have been living in Direct Provision hostels for more than three years, despite a promise by a previous minister for justice that they would stay for just six months.

Ms O’Reilly underlined previous warnings that there is a real risk of child abuse in such hostels.

She made her comments in the current edition of the Jesuit quarterly Studies, which she launched in Dublin this morning.

Ms O'Reilly said her interest in the issue was prompted by a case involving the refusal by the HSE to pay Supplementary Welfare Allowance to a mother-of-two who had established her right to a payment.

The African woman had to leave a hostel when one of the children attempted suicide.

The child was put into care, but the family remains separated because the woman was denied a welfare payment.

The Ombudsman said that if this had happened in the case of an Irish citizen’s family, there would have been a major scandal.

She quoted one critic who remarked that children will often grow up without the memory of their parents cooking a family meal because all food is directly provided by the hostels.

Ms O’Reilly also quoted Geoffery Shannon, the Government-appointed Special Rapporteur for Children, as saying that there is a real risk of child abuse in the centres where single-parent families are required to share with strangers and where families with teenage children of opposite gender are required to share one room.

She called for the speeding up and streamlining of the processing of applications. 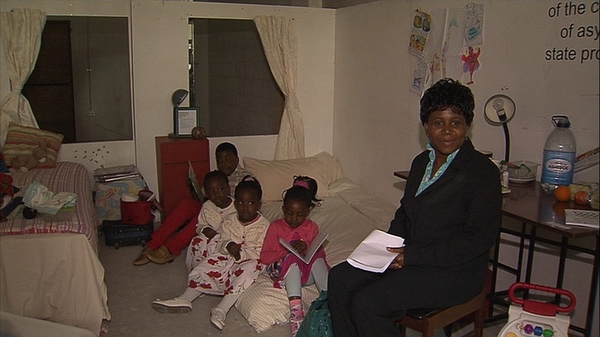