The Vatican has announced that Pope John Paul II will be declared a saint.

Pope Francis had approved a second miracle attributed to the intercession of the Polish pontiff who led the Catholic Church from 1978 to 2005.

The Vatican said Pope John XXIII, who reigned from 1958 to 1963 and convened the Second Vatican Council, would also be declared a saint.

No dates for the canonisation ceremonies were immediately given.

There is speculation they could take place on 8 December, the Catholic Feast of the Immaculate Conception.

It occurs this year on a Sunday, the day when canonisations usually occur.

John Paul II has been on the fast-track for possible sainthood since his death in 2005, but some critics are concerned that the process has been too quick.

They argue that some of the Holy See's deep-seated problems -- clerical sex abuse, dysfunctional governance and more recently the financial scandals at the Vatican bank – were not dealt with adequately during his pontificate.

The decision to canonise John XXIII is seen a major demonstration of the papal authority of Pope Francis, given that the Vatican has not confirmed a second miracle normally essential for sainthood.

The Vatican said Francis had the power to dispense with such requirements.

The ceremony is expected before the end of the year. While 8 December has been floated, Polish prelates continue to press for October, to mark the 35th anniversary of the election of the Polish-born John Paul II.

Vatican officials have indicated this is too early to organise such a massive event.

Francis will set the date at an upcoming meeting of cardinals.

Pope John Paul II had already been credited with asking God to cure French nun Sister Marie Simon-Pierre Normand of Parkinson's disease, which helped lead to his beatification in 2011, when he was declared a "blessed" of the Church.

A second miracle is required in order for someone to be given full sainthood.

The Congregation for the Causes of Saints, the Vatican body that reviews candidates for sainthood, decided the pope's intercession was behind the healing of a woman from Costa Rica on May 1, 2011.

John Paul's 27-year-papacy saw the collapse of communism across eastern Europe, starting in his native Poland.

Millions of people attended his funeral in 2005 and many cried "Santo Subito" or "Make him a saint straight away".

Costa Rican woman Floribeth Mora said she suffered from a cerebral aneurysm that was inexplicably cured on 1 May 2011, the date of John Paul II's beatification, when 1.5 million people filled St. Peter's Square to honour him.

Ms Mora said she drifted off to sleep in the early hours after watching the ceremonies on television.

After praying to him to heal her, when she awoke, she said her eyes fell on a picture of him she had on top of the TV set.

"I woke up when I heard a voice that said 'get up,'" Ms Mora, now 50, said.  "I was alone in my room, I only had this clipping that was published around those dates to commemorate John Paul II's papacy."

"What we found remarkable, unbelievable really, was that by November there was absolutely no trace in her brain that she ever had an aneurysm," he said. "I had never seen this in my career."

Her family prayed to John Paul II, and the aneurysm disappeared, a recovery her doctor said could not be explained by science.

John Paul II revolutionised the papacy, travelling the world and inspiring a generation of young Catholics.

He was the first Polish pope and the first non-Italian in 455 years - a legacy that has continued with the German-born Benedict XVI and Argentinian Francis.

The Vatican's complicated road to sainthood requires certification that a miracle was performed through the intercession of the candidate.

This must be a medically inexplicable cure that is lasting, immediate and can be directly linked to the prayers offered by the faithful. One miracle is needed for beatification, a second for canonisation.

The decision to canonise John Paul II was criticised by Juan Vaca, a victim of paedophile priest Marcial Maciel, founder of the Legion of Christ religious order.

Mr Vaca said the move was "appalling and shocking" given the thousands of victims of sex abuse he said were ignored under his 27-year pontificate.

He said Francis had approved a decision by the cardinals and bishops of the Vatican's saint-making office.

He stressed that this decision did not represent any relaxing of the Vatican's overall standards for canonisation, but represented a unique situation, given that the church this year is marking the 50th anniversary of Vatican II.

The Vatican has argued that sainthood cases are based on the record of the person, not the pontificate.

In Poland, the reaction was overjoyed, as expected.

Rev. Kazimierz Sowa, the head of the country's Religion TV channel, said that Poles are expected to flood to Rome for the ceremony. 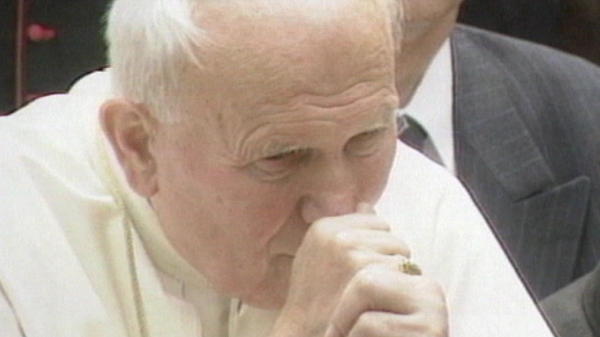 Pope John Paul II could be made a saint by December